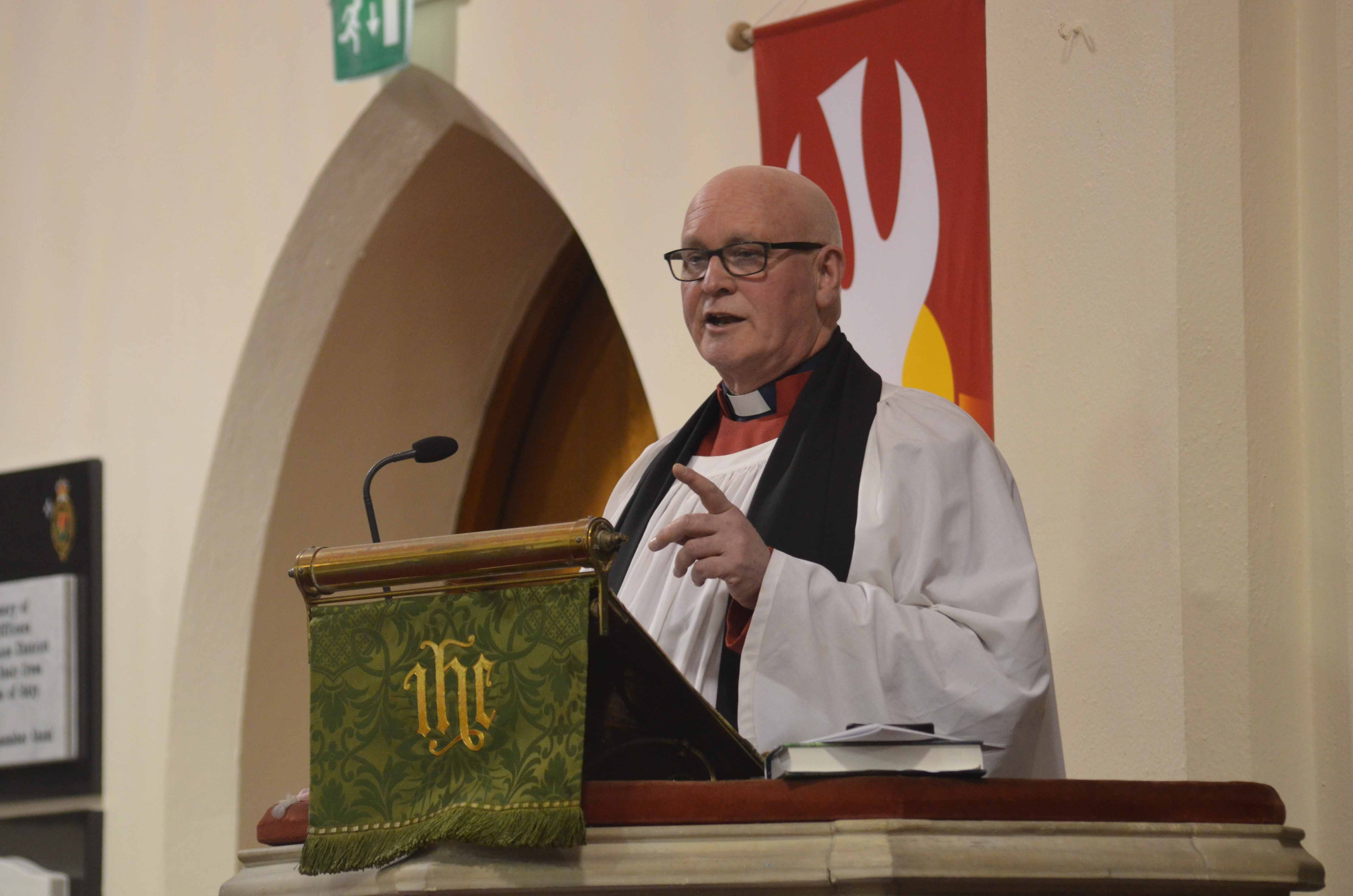 A Church of Ireland parish’s plan to either restore or replace a parish hall destroyed by flooding two years ago is in jeopardy following a decision by a government department.

St Canice’s Parish Church and its nearby hall were among the many homes and premises damaged after local rivers burst their banks following heavy rainfall in August 2017. The church was reopened in June last year, after being closed for almost a year for repairs. The Select Vestry was planning to sell a 4.5–acre field to help pay for the development of the hall.

Last month, however, Department for Infrastructure officials informed church representatives that the field was to be designated as flood plain – reducing its value dramatically.

The Rector of St Canice’s, the Rev Canon Paul Hoey (Photo above), told his parishioners at a meeting on 4th September that the department’s decision was a “tremendous blow” to their financial plan. He said two acres of the field had been deemed suitable for residential development and the Select Vestry had been hoping to sell it for housing for Eglinton’s growing population: “The department’s decision has the effect of reducing the value from the sale from potentially over £650,000 to whatever the agricultural rate is.”

Canon Hoey said the population of Eglinton was predicted to rise considerably in the next few years, adding considerably to the pressure on the village’s few community amenities. “As the only one of the local churches with a building in the village, we are ideally placed to reach out in mission to the local community,” he said. “We see a state–of–the–art Parish Centre as critical to our vision to extend God’s kingdom further in the village of Eglinton.”

The Rector said the parish is unlikely to appeal the Department for Infrastructure’s decision: “We’ve been told that any appeal would be costly and likely to fail. We also want to be good neighbours. We don’t wish to delay flood protection measures being provided to protect local homes in the village.”

Eglinton was among the communities worst affected by the August 2017 floods. At the time the Select Vestry agreed its priorities were, in order, to support the 20% of parish households directly affected by the flooding; to repair St Canice’s Church; and then to decide what to do about the Parish Hall, which has been unusable for over two years.

Canon Hoey said the next few weeks would be a time for “reflection, prayer, and discussion” while parishioners consider, prayerfully, what to do next. “We’re not going to rush into any decisions,” he said. “We need to give ourselves time to know our own mind, to seek God’s mind and to explore all options.”

A parish meeting will be held in October to consider their next move.