Pope Francis calls on world to pray together on March 25 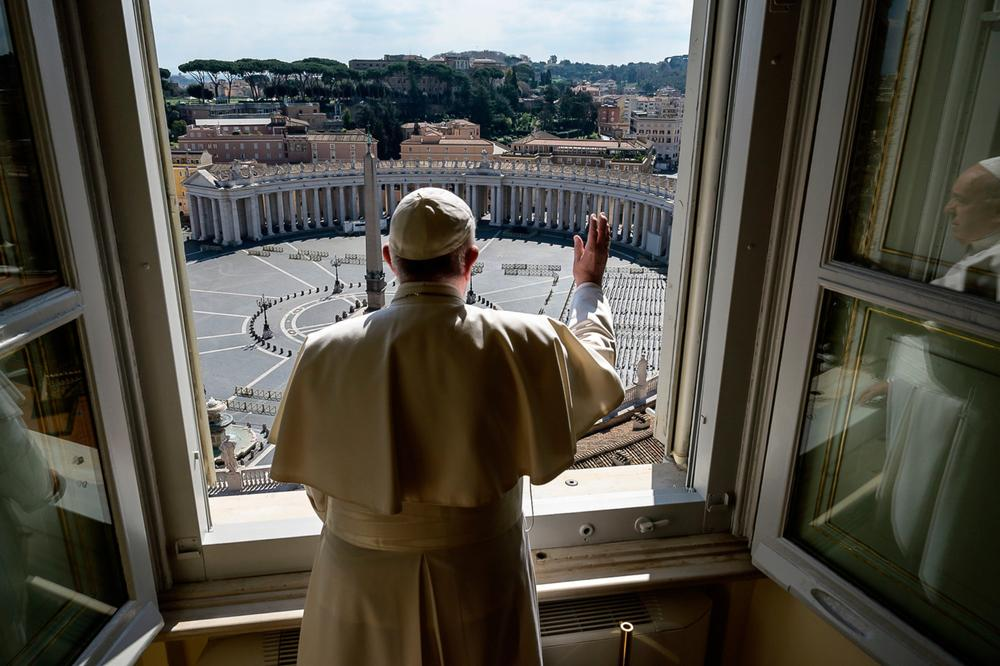 Pope Francis has called for all Christians throughout the world to join in praying the Lord’s Prayer on Wednesday, March 25, 2020, at noon.

He made the appeal after praying the noonday Angelus on March 22, broadcast from Apostolic Library in the Vatican.

The Pope also announced that on the following Friday, March 27, he will preside over a moment of prayer on the sagrato of St Peter’s Basilica, the platform at the top of the steps immediately in front of the façade of the Church, reported Vatican News.

“I invite everyone to participate spiritually through the means of communication”, he said.

The ceremony will consist in readings from the Scriptures, prayers of supplication, and adoration of the Blessed Sacrament; and will conclude with Pope Francis giving the Urbi et orbi Blessing, with the possibility of gaining a plenary indulgence for all those who listen to it live through the various forms of communication. The blessing “to the City [of Rome] and to the World” is normally only given on Christmas and Easter.

The Director of the Holy See Press Office confirmed that the moment of prayer on Friday will be broadcast live from the Vatican, beginning at 6 pm Rome time. He noted that the plenary indulgence attached to the Urbi et orbi blessing is subject to the conditions foreseen by the recent Decree of the Apostolic Penitentiary.

“In these days of trial, while humanity trembles because of the pandemic’s menace, I would like to propose to all Christians to unite their voices to Heaven,” the Pope said after Sunday’s Angelus. “I invite all the Heads of Churches and the leaders of all the Christian Communities, together with all the Christians of the various Confessions, to invoke the Most High, Almighty God, reciting contemporaneously the prayer that Jesus Our Lord taught us. I invite all, therefore, to do so several times a day, but, all together, to recite the Our Father next Wednesday, March 25, at midday – all together.

“On the day in which many Christians recall the Annunciation to the Virgin Mary of the Incarnation of the Word, may the Lord be able to hear the unanimous prayer of all His disciples that are preparing to celebrate the victory of the Risen Christ. With this same intention, next Friday, March 27 at 6:00 pm, I will preside over a moment of prayer in the courtyard of St. Peter’s Basilica, with the empty Square. From now on I invite all to take part spiritually through the means of communication. We will listen to the Word of God, we will elevate our prayer, we will adore the Most Blessed Sacrament, with which at the end I will give the Urbi et Orbi Blessing, to which will be annexed the possibility to receive a Plenary Indulgence.