Pope Francis: Economics should not sacrifice human dignity to the idols of finance 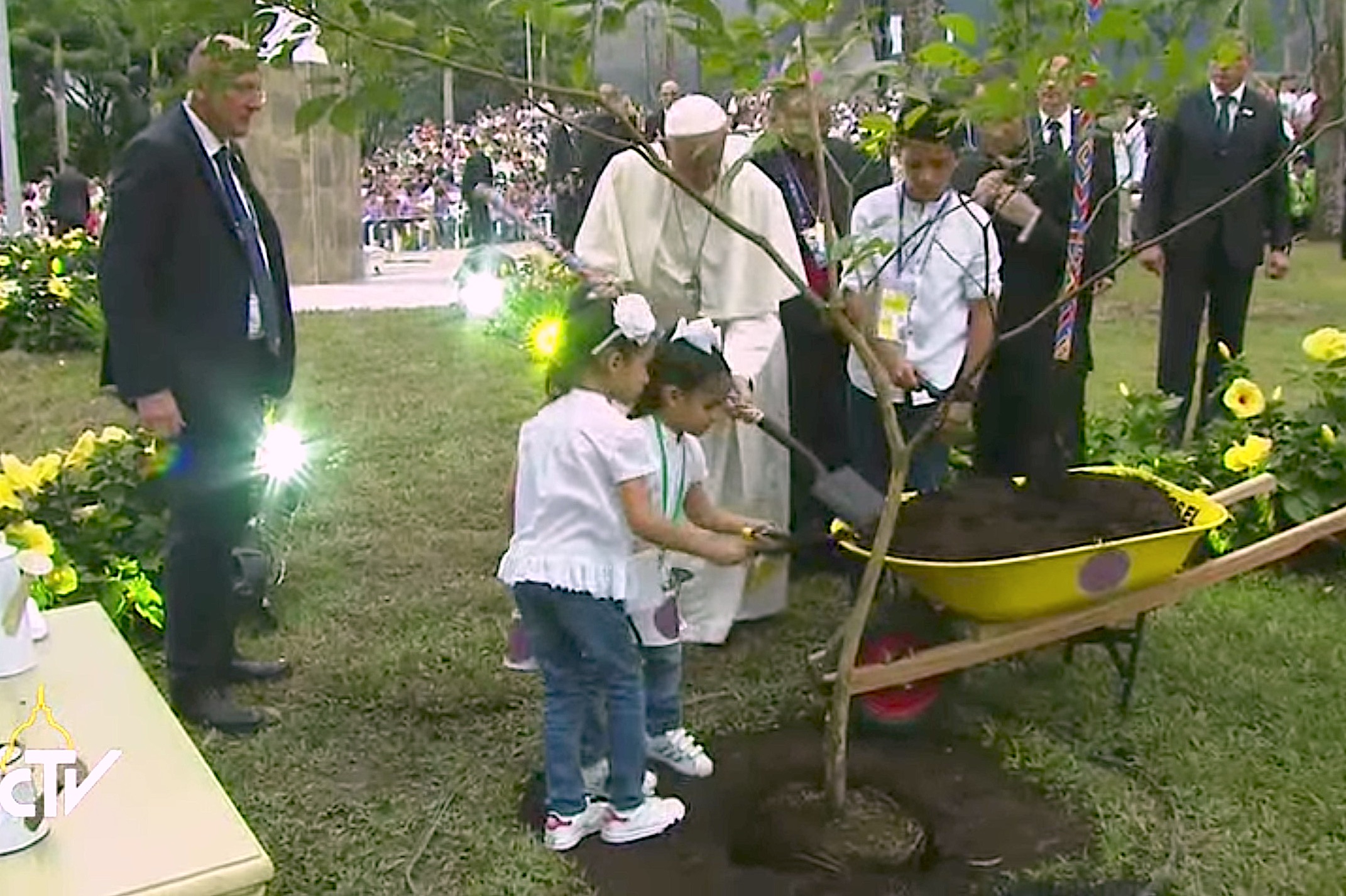 Discern “what is necessary from what is not”

Pope Francis told heads of state and business leaders on Friday that human dignity and “ecological conversion” ought to shape the future of Europe’s economy.

“The human person must take its rightful place at the heart of our educational, healthcare, social and economic policies,” Pope Francis said in a message to participants in an economics forum taking place near Lake Como, in northern Italy, September 4-5.

The forum, organized by The European House – Ambrosetti, is being held at the Villa d’Este on the shore of Lake Como in Cernobbio.

The European House – Ambrosetti is an Italian think tank and management consulting group. Its annual forum on “Intelligence on the World, Europe, and Italy” draws government representatives and business leaders together to discuss the European economic outlook.

The forum includes a video conference debate between Hillary Clinton, John Bolton, Tom Ridge, and Thomas Friedman on the schedule for September 4.

In his message to the forum, Pope Francis said that the uncertainty caused by the coronavirus pandemic had created a need to discern “what is lasting from what is fleeting, what is necessary from what is not.”

“Having failed to show solidarity in wealth and in the sharing of resources, we have learned to experience solidarity in suffering,” the Pope said.

“Culturally, this time of trial has taught us a number of lessons. It has shown us the greatness of science, but also its limits. It has called into question the scale of values that sets money and power over all else. By forcing us to stay at home together, parents and children, young and old, it has once again made us aware of the joys and difficulties involved in our relationships. It has made us refrain from the superfluous and concentrate on the essential. It has toppled the shaky pillars that supported a certain model of development,” he added.

Referring to St Ignatius of Loyola, Pope Francis said: “Christ urged all who heard him, and ourselves today, not to stop at externals, but to discern sagely the signs of the times.”

He added that the times called for an experience of “ecological conversion” to “slow down our inhuman pace of consumption and production, and to learn once more how to understand and contemplate nature. To reconnect with the world around us. To work for an ecological retooling of our economy, without yielding to the pressures of time and of human and technological processes, but rather by returning to relationships that are experienced, not consumed.”

The pope said that creativity was also needed to restore meaning to the present and create a better future.

“We are also called to be creative, like artisans, devising fresh new ways to pursue the common good,” he said. “That creativity can only come from openness to the breath of the Spirit, who inspires us to attempt new, timely and indeed bold decisions, as men and women capable of shaping that integral human development to which we all aspire.”