#Pope Francis meets Jesuit who has been criticised for LGBT outreach 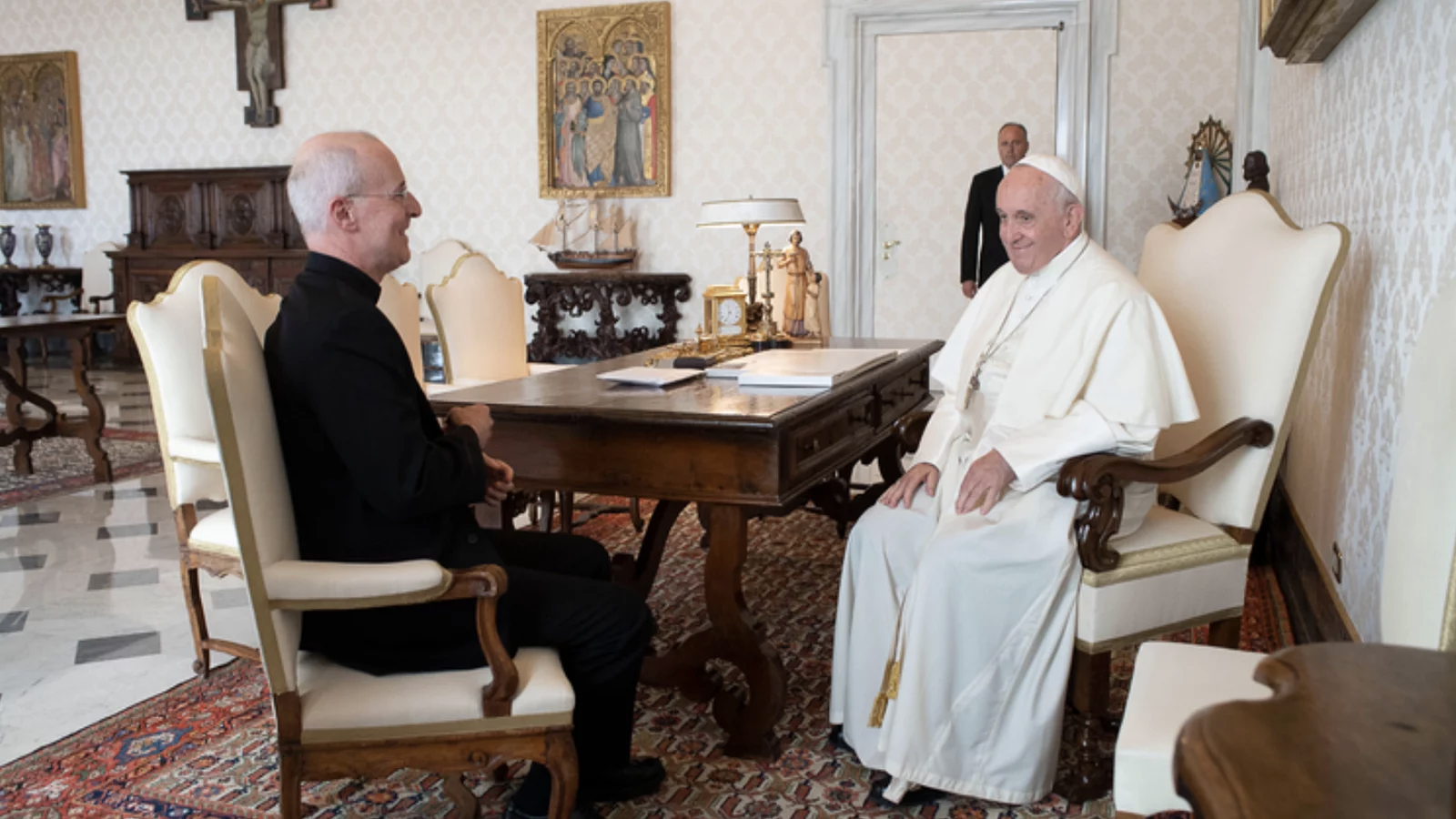 Pope Francis has met privately with an American Jesuit who has been attacked by conservative US Catholics for reaching out to gays, the latest evidence of Francis’ willingness to shrug off right-wing criticism for the sake of his pastoral priorities.

The Vatican listed the audience with Father James Martin among the pope’s activities, in a sign that Francis wanted it publicised.

Since only some of Francis’ private meetings are announced, the implicit message was a public vote of confidence in Fr Martin’s ministry.

Fr Martin, author of Building A Bridge, a book about how the Catholic Church should reach out more to the LGBT community, has had several talks cancelled in the United States because of pressure from conservative groups who oppose his advocacy.

The Vatican under Francis has welcomed him, however, appointing him as a communications consultant, giving him a speaking slot at a 2018 Vatican-sponsored family rally, and now, a private papal audience.

In a tweet on Monday, Fr Martin said that during the 30-minute meeting, he shared with Francis “the joys and hopes, and the griefs and anxieties, of LGBT Catholics and LGBT people worldwide”.

In a telephone interview, Fr Martin said Francis listened intently to his presentation, delivered in Spanish, about the struggles of LGBT Catholics “and how many of them still feel marginalised” by the church.

“I felt encouraged, consoled and inspired by our meeting,” he said.

“It was like talking to the most compassionate parish priest you can imagine.”

Official church teaching calls for gay men and lesbians to be respected and loved, but considers homosexual activity “intrinsically disordered”.

Francis, though, has sought to make the church more welcoming to gays, most famously with his 2013 comment “Who am I to judge?”

The Argentinian Jesuit also has spoken of his own ministry to gay and transgender people, insisting they are children of God, loved by God and deserving of accompaniment by the church.

Some conservative and traditionalist Catholics, especially in the US, have accused Martin of blasphemy and of spreading a “homosexualist” agenda.

Many of them belong to the small but loud Francis opposition, a wing that the pope recently acknowledged when he told reporters that he was “honoured” to be attacked by Americans and was not afraid of schism by conservatives in the US church.

In a tweet, Rorate Caeli, a traditionalist blog that has been critical of Francis, noted that Fr Martin’s audience was listed alongside that of an entire bishops’ conference.

“If that’s not an endorsement, nothing is,” read the tweet.

Many of Francis’ critics argue he has confused the faithful with his mercy-over-morals priorities and flexibility on doctrinal issues such as sacraments for divorced and civilly remarried Catholics.

Fr Martin was in Rome for the plenary meeting of the Vatican’s communications department, as well as for the consistory on Saturday to name 13 new cardinals, including a friend and fellow Jesuit.