Pope Francis: The Holy Spirit is essential to evangelization 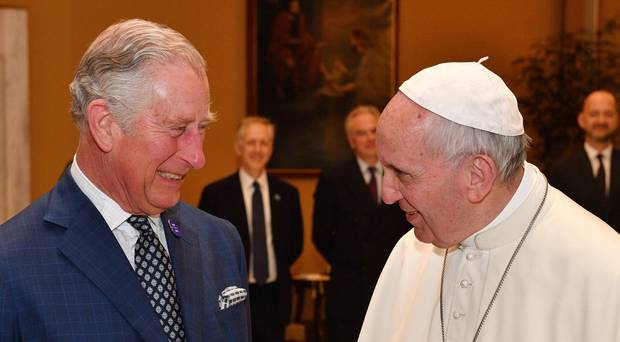 Guidance by the Holy Spirit is integral to sharing the Gospel with others and bringing them to Christ, Pope Francis said during the general audience this week.

In his general audience catechesis, Pope Francis reflected on the importance of the Holy Spirit in the Apostles’ evangelization following an outbreak of persecution against Christians after the martyrdom of St. Stephen.

“In the Book of Acts, persecution appears as the permanent state of the disciples’ life, in accordance with what Jesus said: ‘If they persecuted me, they will also persecute you,'” the pope said.

“But,” he added, “the persecution, instead of extinguishing the fire of evangelization feeds it even more.”

The pope told the story of the Apostle Philip, who had begun to evangelize the city of Samaria, which saw signs of healing and deliberation with the proclamation of the Word.

“At this point the Holy Spirit marks a new stage in the journey of the Gospel: it pushes Philip to go towards a stranger with a heart open to God,” Francis said.

Philip is preaching with enthusiasm on a deserted and dangerous road, he explained, when a high official of the queen of Ethiopia, the administrator of her riches, approaches.

This man was returning to his country from being in Jerusalem for worship. He reads the scroll of the prophet Isaiah, in particular, the fourth chant of the “servant of the Lord.”

“Philip approaches the carriage and asks him: ‘Do you understand what you are reading?’ (Acts 8.30). The Ethiopian replies: ‘And how could I understand, if no one guides me?’ (Acts 8:31),” he said.

“That powerful man acknowledges that he needs to be guided to understand the Word of God,” Francis stressed, adding that he has the humility to acknowledge that possession of money does not aid understanding.