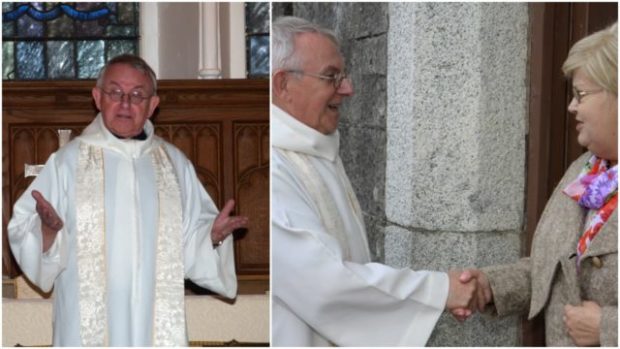 A popular senior clergyman in Laois is to retire to Thailand next month, after many years serving local parishes, the Laois Nationalist newspaper reports.

Church of Ireland canon Revd Peter Tarleton, of St Peter’s Church in Portlaoise, will retire on 30 August at the age of 74.

The inspirational clergyman, who spent his 70th birthday on Mount Kenya in aid of charity, will move permanently to Thailand to join his wife Nok following his retirement.

Canon Tarleton moved to Portlaoise in 2018 after many years in the parish of Killeshin which spans Laois, Carlow and Kilkenny and includes four churches. He is also canon of The Holy Trinity at The Rock and St John the Baptist Church in Ballyfin.

He worked as a prison chaplain in England for more than 20 years and his local ministry includes the two prisons in Portlaoise, as well as the two hospitals.

An extraordinary man who has led a fascinating life, he climbed Mount Kenya on his 70th birthday in aid of a cancer charity and hopes to spend his 80th at the summit of Mount McKinley in Alaska. He has also joked that he may spend his 90th birthday at the top of Mount Everest, even though it might not be worth his while coming down at that age.

A native of Pallaskenry, Co Limerick, Revd Tarleton has five adult children and is also a proud grandfather. Sadly, he was widowed eight years ago but was lucky to find love again with his second wife Nok, who divides her time between Thailand and Ireland.

Among many memorable events during his time in Portlaoise was his four-day fast for charity in December 2018, at the age of 72. With typically selfless determination, he skipped his evening meal on Friday 30 November and ate nothing until breakfast on Wednesday 5 December to raise money for Christian Aid, which runs sustainable farming projects for some of the world’s poorest people in Kenya.

Renowned and admired for his friendly, down-to-earth manner and empathy for people from diverse walks of life, he will be greatly missed by his parishioners in Laois.

Report by Carmel Hayes courtesy of the Laois National