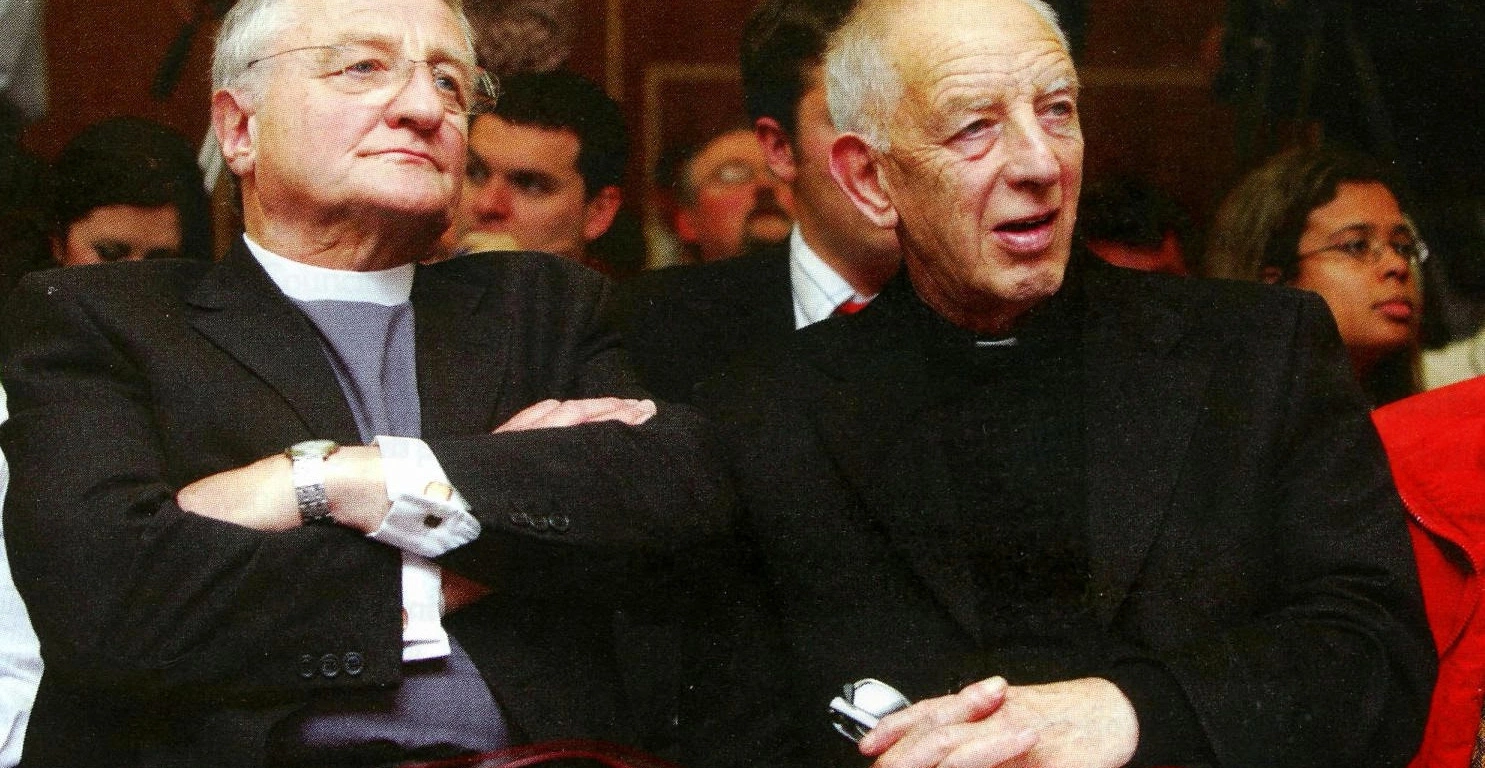 Which voters in the referendum on the Belfast Agreement in May 1998 knew that there were secret deals with the IRA about OTR letters?

Who knew about secret deals with the IRA about freedom to ‘house clean’ – that is, murder anyone the IRA felt was a threat to the peace deal?

Who knew that the IRA would engage in bank robbery, murder, cover-ups and lies after 1998 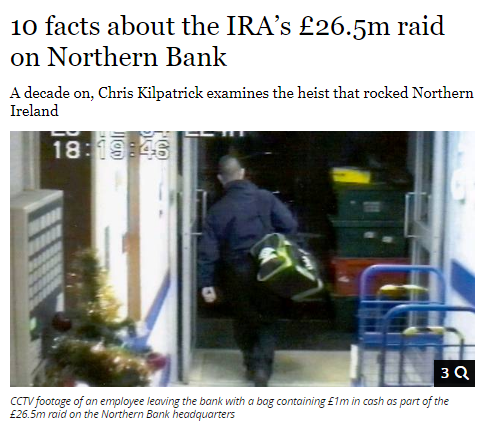 Who knew that IRA leaders would continue to lie about their past activities in the IRA and would deliberately “blank” letters, emails and phone calls from victims seeking the truth about the IRA’s murders of their family members?

Who knew that the IRA would lie about the number of the ‘disappeared’? That the IRA would lie to the Independent Commission for the Location of Victims’ Remains about its involvement in the abduction, torture and murders of the following victims: Joe Lynskey, Eugene Simons, Gareth O’Connor and Gerard Evans?

Who knew that leading IRA members were training FARC cocaine narco-terrorists in Colombia after 1998 in a deal whose precise details have never been made known? 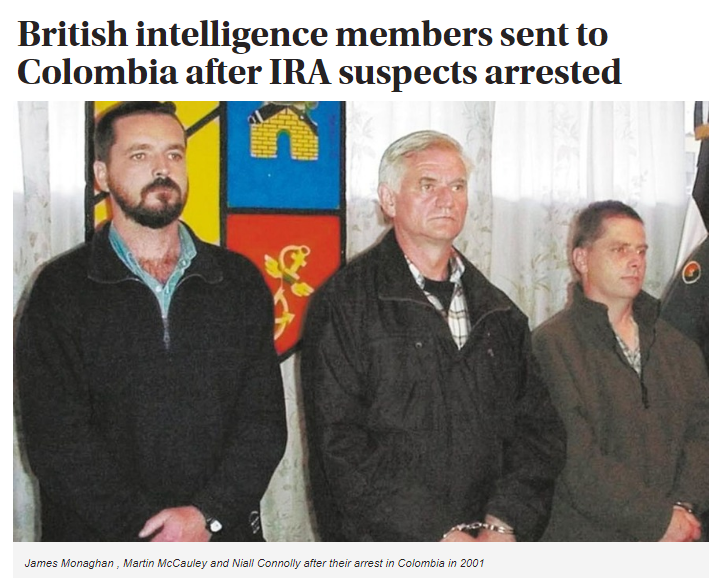 And when the “Colombia Three” IRA members fled Colombia (and their 17 year jail sentences) that Sinn Féin puppet leader, Mary Lou McDonald, would chair a ‘celebration’ of them in Dublin? 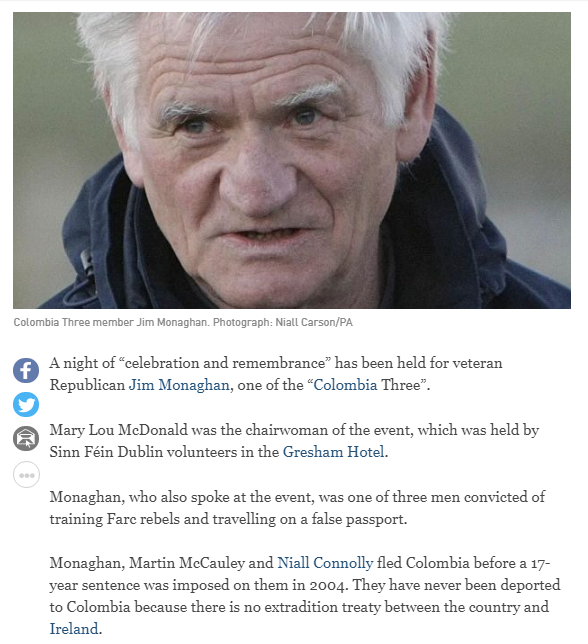 Who knew that the IRA had in the peace a “trojan horse” strategy to “break the bastards”?

Who was aware that the republican movement would engage in an immoral and deceptive campaign of litigation against security force members while remaining in deliberate denial about thousands of Human Rights’ atrocities committed by the IRA?

That The Pat Finucane Centre and Relatives for Justice would propagandise solely about security force actions and entirely ignore the thousands of Human Rights’ violations of the IRA?

That the unelected IRA Army Council members would continue to give precise directions to elected members of Sinn Féin, such as in the case of Maria Cahill?

Who knew that Gerry Adams would declare to republicans across Ireland that paramilitary violence was still a legitimate method of achieving political aims? 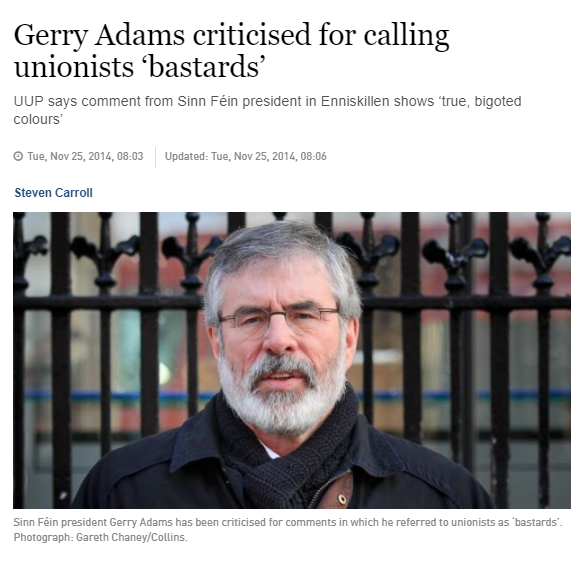 Or that Gerry and other colleagues would continue in their ignominious denials of their past activities, withholding truth forever?

Who was aware that leading IRA members would be licensed to go around Northern Ireland celebrating acts of violence against prison officers and asking young people to pay to hear such hate recitals? 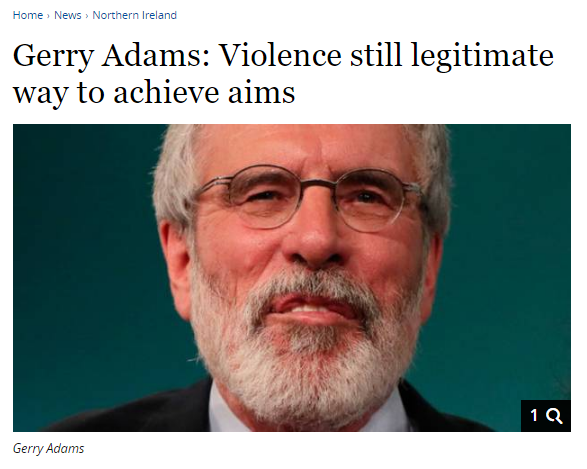 Who could have predicted that the IRA Army Council would collapse the Stormont Assembly and would then retrospectively weaponize the Irish language, which most republican leaders and nearly all followers never bothered to learn and can’t speak fluently?

Who knew that the republican movement’s abstention policy would be applied to Stormont in perpetuity?

Finally, and for me most importantly, the fingerprint of Christian peacemakers on a peace process should point to some moral or ethical change in those formerly engaged in mass murder, but the IRA leadership is brazenly teaching young people that the IRA campaign of murder was both legitimate and to be celebrated.

The IRA leadership appears to be proud of its murder campaign – there is no hint of shame, of remorse or repentance at all.

A catholic priest in Derry/Londonderry expressed his proud view at a recent book launch that Martin McGuinness would “do it all again” without a shred of shame or repentance. 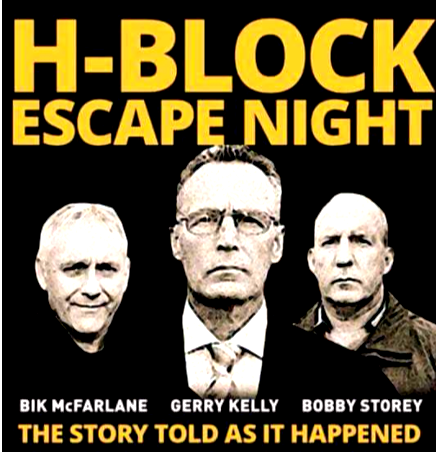 And the biggest lie is being perpetrated right now that the new front leaders of Sinn Féin, McDonald and O’Neill, have “no links to the IRA” – that somehow, having been schooled between Martin McGuinness and Gerry Adams for years, having stood shoulder to shoulder with leading IRA murderers and bombers and having been appointed with the blessing of the IRA Army Council, that they have somewhere along the line lost the will to serve the IRA Army Council’s behind-the-scenes undemocratic choreography of every act of the republican movement. 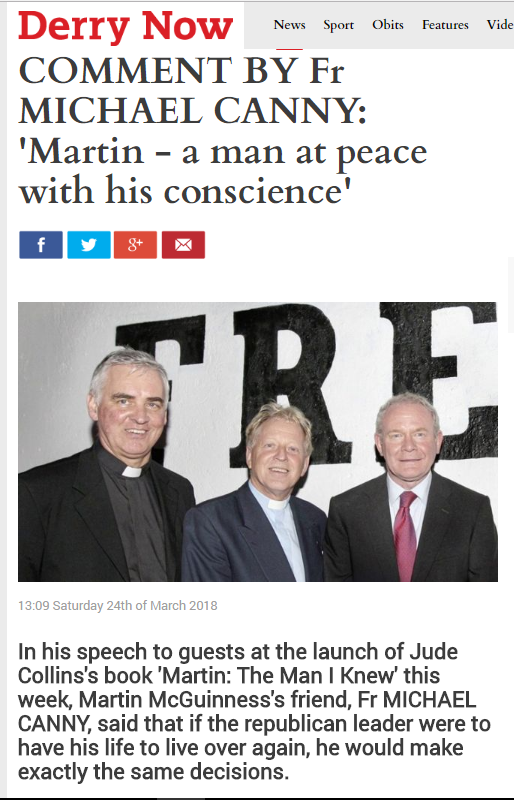 Is this as good as it gets for Christian peace-making, Harold?