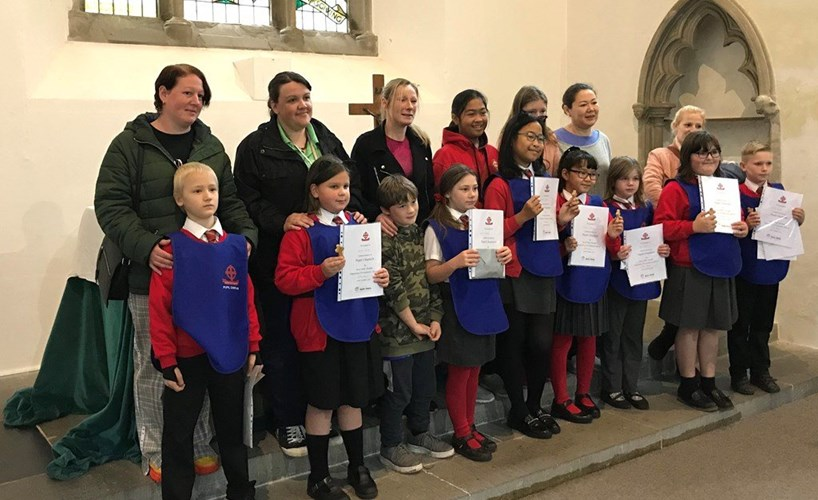 Stand-in pastor at scandal-hit Ards church confident it will ‘weather storm’ caused by his love cheat …
Belfast Telegraph
The interim pastor at a Co Down church rocked by an affair involving his predecessor and a married female member has insisted it will weather “the …
[[] https://www.belfasttelegraph.co.uk/news/northern-ireland/stand-in-pastor-at-scandal-hit-ards-church-confident-it-will-weather-storm-caused-by-his-love-cheat-predecessor-38855112.html ]

Install CCTV at churches says well-known priest after ‘mindless act of vandalism’ destroys new …
Independent.ie
Fr Paddy Byrne is parish priest of the Church of the Most Holy Rosary in Abbeyleix, Co Laois. Speaking to the Irish Independent on Sunday afternoon, …
[[] https://www.independent.ie/irish-news/news/install-cctv-at-churches-says-well-known-priest-after-mindless-act-of-vandalism-destroys-new-candelabra-38855069.html ]

Pupil-chaplaincy scheme ‘rewilds the Church’
Church Times
Photo above – The new pupil chaplains with their parents after the commissioning service.
In what is believed to be the first time for the Church of England, pupils at a school in the diocese of Bath & Wells have been commissioned as chaplains.
[[] https://www.churchtimes.co.uk/articles/2020/10-january/news/uk/pupil-chaplaincy-scheme-rewilds-the-church ]