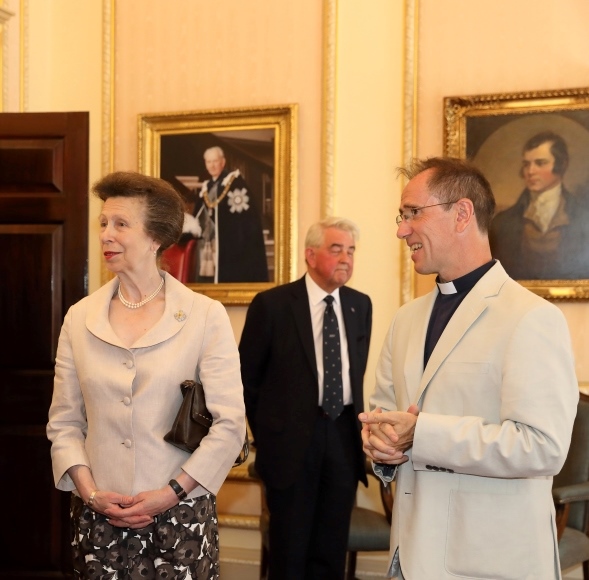 A Scot with Ulster links, who gave her life to help protect Jewish schoolgirls during the Holocaust must never be forgotten, the Princess Royal has said.

Photo above – The Princess Royal and Rev Angus MacLeod

The Princess Royal described Jane Haining, who was murdered in the Auschwitz-Birkenau death camp, as an inspiration whose “devotion to duty is a lesson to us all”.

Princess Anne spoke of her admiration for the Church of Scotland missionary who is the subject of an online lecture hosted by St Columba’s Church in London yesterday evening.

The lecture was delivered by Mary Miller who wrote a book about Miss Haining, the matron of the Scottish Mission girls’ boarding school in Budapest, Hungary from 1932-1944.

Princess Anne, patron of the Scots in London Association, said: “Jane Haining is an inspirational subject whose devotion to duty is a lesson to us all.

“Jane’s determination and resolution in looking after her young charges at the Scottish Mission School in Budapest, at the eventual cost of her own life, is an example of service over self that deserves to be told and remembered.

“The lecture by Mary Miller, who herself has looked after deprived children in Glasgow, will be poignant but we can take heart from the knowledge that Jane’s life will be honoured.” 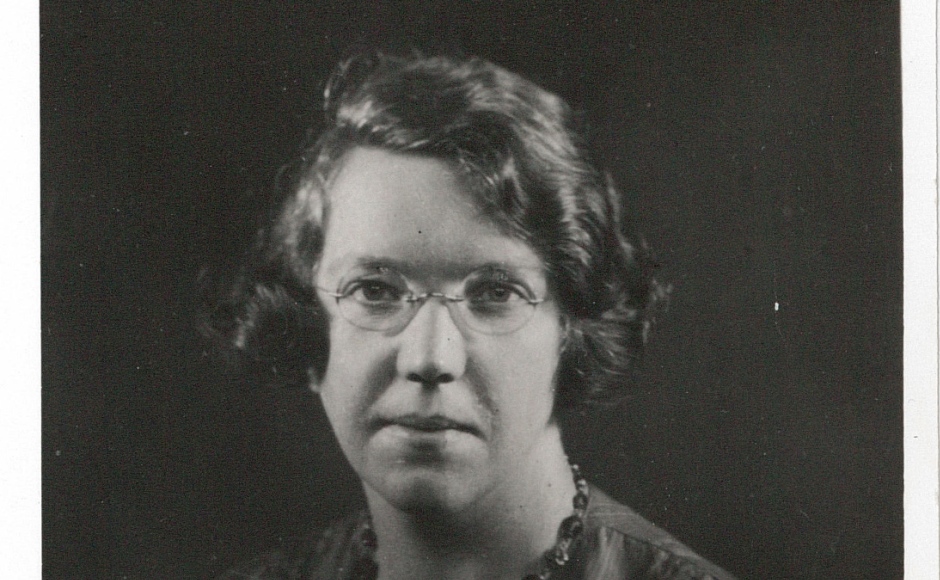 Miss Haining (photo above), who grew up in Dunscore near Dumfries, refused to abandon the Jewish girls in her care – many of them orphans – when the Second World War broke out in 1939.

She sheltered them for more than four years until she was arrested and eventually taken to Auschwitz in Nazi occupied Poland where she died at the age of 47, six months before it was liberated in 1945.

The lecture, entitled “An Inspiring Tale of Quiet Heroism”, was organised in partnership with the Scots in London Association and featured music performed by violinists Adam Romer and Kirsty Lovie.

They are Hungarian and Scottish respectively and members of the City of Birmingham Symphony Orchestra.

Dr Ferenc Kumin, the Hungarian ambassador to the UK, and Iain Lindsay, the UK’s ambassador to Hungary, both spoke about Miss Haining’s enduring and lasting legacy.

The Caledonian Lecture was established ten years ago to commemorate Scots who had lived and worked abroad, making a significant contribution to their country of adoption while retaining their Scottish values.

Miss Haining, who was posthumously awarded a Heroine of the Holocaust medal and named Righteous Among the Nations at Yad Vashem in Jerusalem, is the first sole woman to be the subject of the Caledonian Lecture.

“It was decided that it would be fitting that the Caledonian Lecture this year focused on her because 2020 marks the 75th anniversary of the liberation of Auschwitz.

“I am very pleased that, despite the restrictions of the COVID-19 lockdown ,we are able to host it at St Columba’s with Mary Miller speaking to us from her home in Scotland.

“The tunes that the Scottish and Hungarian musicians will perform are so poignant, vibrant and joyful, I think they are an appropriate expression of Jane’s story.”

Speaking after the launch of her book, Jane Haining: A life of love and courage, Mrs Miller said: “She did not compromise, and in our own difficult times there is a challenge there for all ordinary people tempted to look away from evil and find reasons to say ‘there is nothing we can do.’

“Jane Haining reminds us that there is always something we can do.”

St Columba’s and Crown Court Church are members of the Scots in London Association along with other organisations including the Scottish Government.

Mr MacLeod, whose family hail from the Isle of Skye, said: “I am very happy that the Church is playing a part in bringing together and showcasing the contribution of Scots in London.”