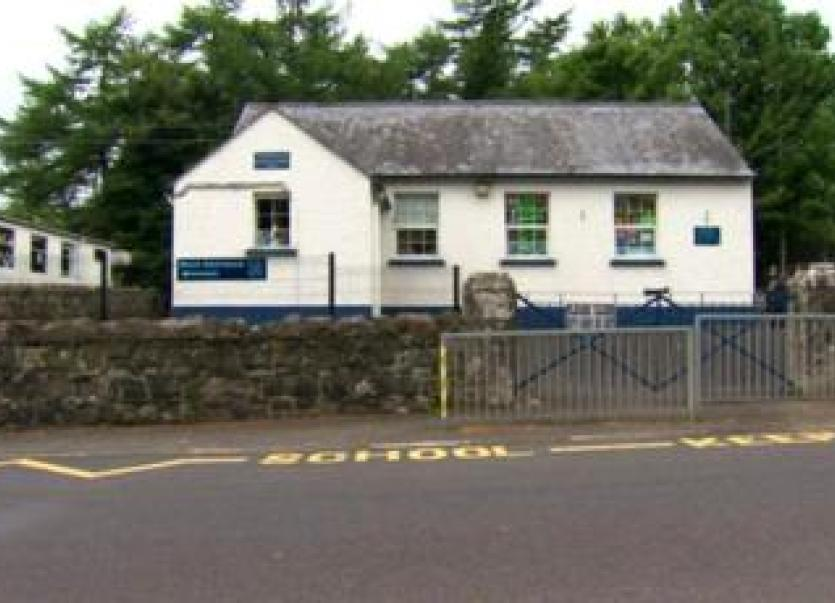 The principal of a County Derry primary school has blasted church officials over the handling of its proposed closure, Liam Tunney reports in Derry Now, 4 Feb 2020

Plans to merge the 130 year-old school with nearby Knocknagin Primary were shelved last year after revelations an agreement on jointly-managed schools between the four main churches would not be completed in time to keep the small primary open.

It followed an earlier recommendation by the Church of Ireland’s Derry Diocesan board of education.

However, a final decision to close the school will ultimately be made by the permanent secretary at the Department of Education.

A consultation process ahead of that decision officially ended yesterday.

Miss Brown said she has been left deeply disappointed on how church officials dismissed the joint plan and criticised their handling of the process.

She said: “I appreciate the difficulties, but it galls me when church leaders stand up and say that everybody has to come together and then they can’t make it happen in their own churches at a local level.”

In June 2016, the Church of Ireland’s Derry and Raphoe Diocese and the Catholic Diocese of Derry had been involved in discussions around the possibility of Desertmartin Primary School merging with Knocknagin Primary School to form what would be Northern Ireland’s first Jointly Managed Church School.

Letters had been sent to parents of pupils at both schools announcing the intention to move to a period of consultation to begin in September 2016.

But in November 2018 the school was hit with a development proposal from the Derry Diocesan Board of Education recommending its closure.

With a current enrolment of just 11 pupils and employing two teachers, Desertmartin principal Fiona Brown accepts the situation is unsustainable. But she is disappointed at the Derry Diocesan Board of Education’s dismissal of the joint plan.

Miss Brown told the County Derry Post: “Our school is unsustainable as it sits.

“I have no qualms about that, but we went from this letter to the parents in June 2016 until the proposal in Autumn 2019.
“The least they could have done was to issue another letter to explain what was happening.

“The churches have been working on an ethos document which is an overarching thing for Jointly Managed Faith Schools but they won’t tell us about their difficulties. “We can’t get straight answers.

“I have written to the Archbishop of Armagh four times and have contacted the General Secretary of the Education Committee in the Church of Ireland.

“They don’t even reply. We have tried Freedom of Information requests through both the EA and Church of Ireland but to no avail.

“I appreciate the difficulties, but it galls me when church leaders stand up and say that everybody has to come together and then they can’t make it happen in their own churches at a local level.”

The existing relationship between Knocknagin PS and Desertmartin PS formed the basis of the proposed merger and the two schools have been heavily invested in the Shared Education programme, which Fiona says is having a very positive effect on the pupils.

“We’ve been doing Shared Education with Knocknagin for quite a long time and it works very well, which is a big thing in Desertmartin because it was traditionally very divided with no real opportunity for crossing over.

“The children don’t, on the whole, notice their differences.

“They’ll talk about their friends that they’re looking forward to seeing. I would never have thought 30 years ago that we would be able to go in and out of each other’s schools the way we do.

“The parents collect from both schools when we have afternoon sessions and they now know their neighbours to speak to.
“That will all disappear and it will be impossible to rebuild without the schools as a focus.

“I think a lot of the parents would be keen to keep it going, but without a neutral or joint space in the village, it’s difficult.”
The head teacher added: “I can’t believe that anyone in any church would think it acceptable to treat people this way.”

In a statement to the County Derry Post, the Derry and Raphoe Diocese said: “The Derry Diocesan Board of Education (DDBE) has already consulted governors, staff, parents and guardians via the Education Authority.

“The Board has also engaged directly with staff and governors.

“Any objections to or support for the proposal should be lodged with the Area Planning Policy Team, Department of Education, Rathgael House, Balloo Road, Bangor, Co Down, BT19 7PR or emailed to dps@education-ni.gov.uk by February 3, 2020.

“The final decision will be made by the Minister of Education. It would be inappropriate for the Derry Diocesan Board of Education to comment further in the meantime.

“The DDBE will continue to offer its support to staff, governors, parents, guardians and children whatever decision the Minister takes.”

Miss Brown said: “I feel so much for our parents.

“A lot of our children have additional needs, particularly autism, and several have come from other schools where they struggled. I don’t know that anyone in either organisation has taken that on board.”

The principal added: “It really feels like there’s no concern and that the families in the school are just collateral damage.

“I don’t feel like the EA or the Church of Ireland are putting the children of either school at the centre of this at all.

“If they were, then they would have made sure they knew what they were doing before they started.”

The consultation period on the development proposal closed on Monday, February 3 and Desertmartin PS now awaits the outcome, with Northern Ireland Education Minister making the final decision around six to eight weeks after consultation.