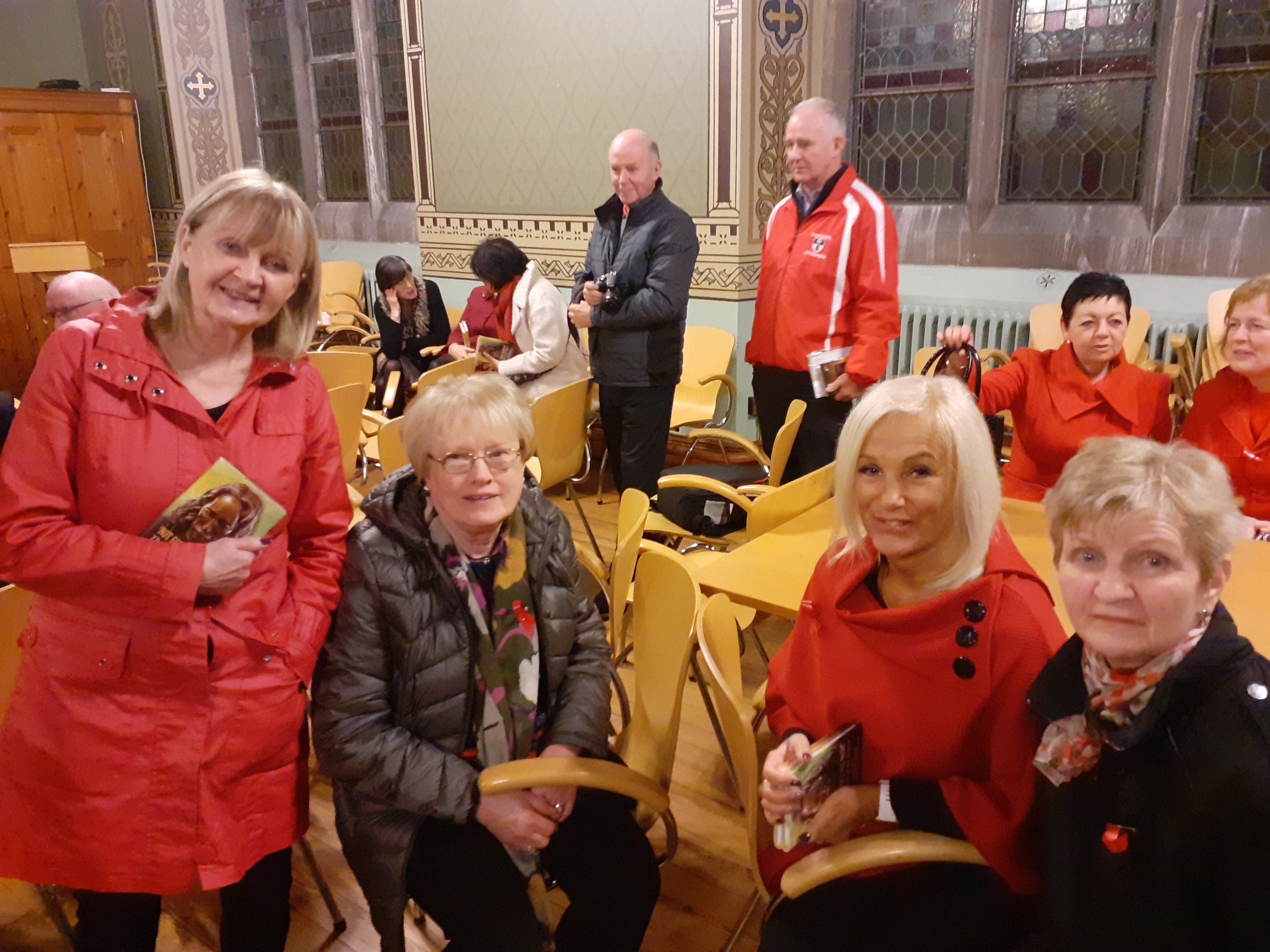 The cathedral was ablaze of red with people gathered for a special prayer service to remember Christian martyrs and those who have died for their faith.

During the liturgy Archbishop Eamon delivered the homily (full text below) as part of a Liturgy of Witness for Red Wednesday, the highpoint of this special ‘Week of Witness’ which invites Christians across Ireland to stand in solidarity with, and bear witness to, the heroic example of our persecuted brothers and sisters in faith across the world.

During Wednesday night’s celebration, those present remembered all who suffered and died for their Christian faith over the years. Archbishop Eamon spoke with two people who give great witness to their faith each day of their lives:

Ms Colleen Gribben, a maths teacher in Saint Catherine’s College, Armagh, and Head Camp Coordinator of the Armagh City Micheala Foundation Summer Camp. Colleen is a person of deep faith and she spoke of how she works to promote faith not only through her involvement with the Micheala Camp, but also in her daily work in school.

Mr Gerard Devine is a teacher of Religious Studies in Saint Patrick’s Grammar School, Armagh, having taught previously in Saint Edmund’s College, London. Gerard spoke of how he gives witness to his faith on a daily basis. He is a person who gives great witness not only in his teaching but through his involvement with Armagh Diocesan Youth Council, School Aid Romania and with the Society of Saint Vincent de Paul. Gerard helped to lead a number of youth pilgrimages over the last few years. 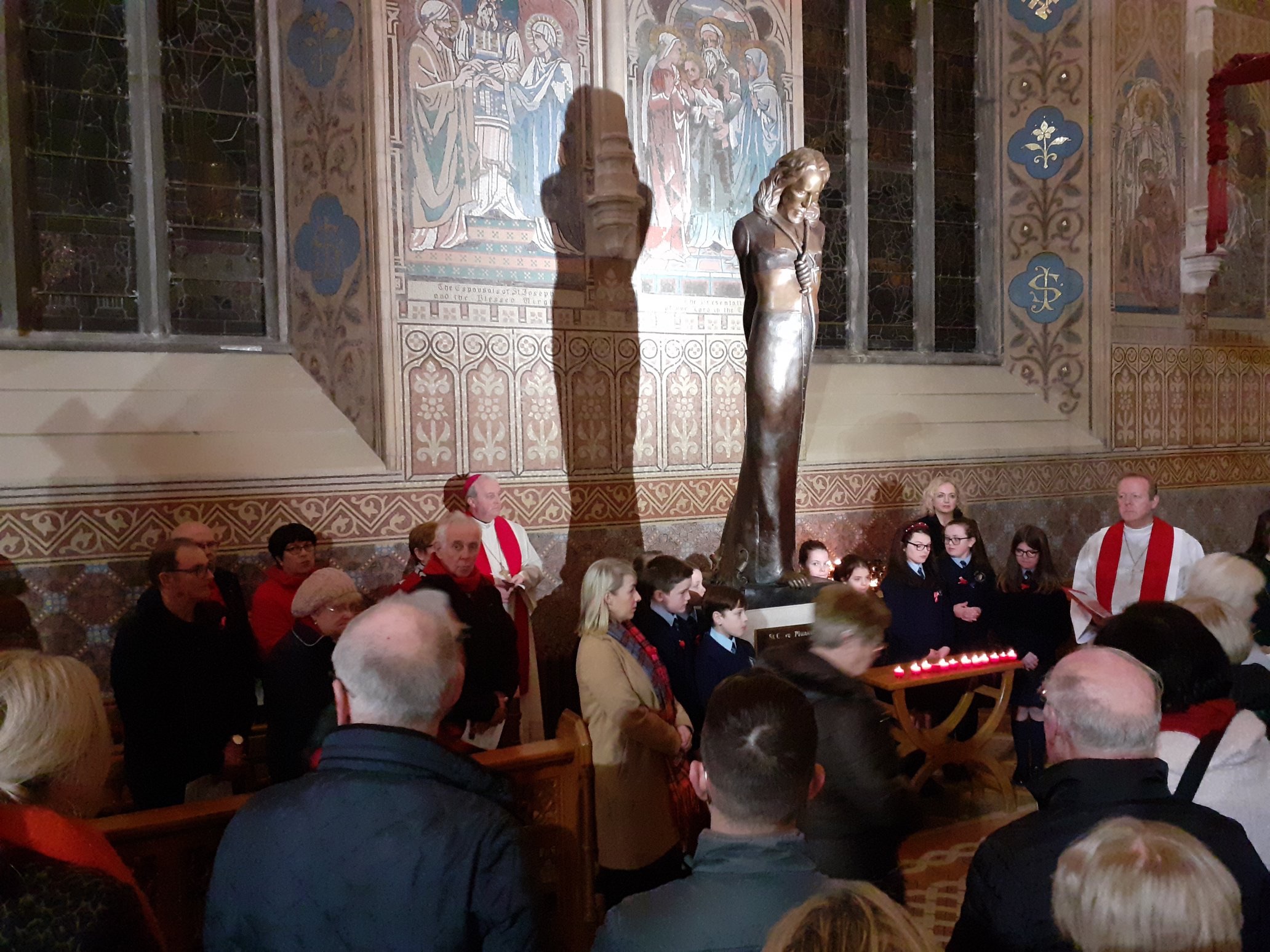 After the liturgy, Archbishop Eamon launched a new book on the life and martyrdom of Saint Oliver Plunkett Not Force Nor Might – The Gift of the Martyr. 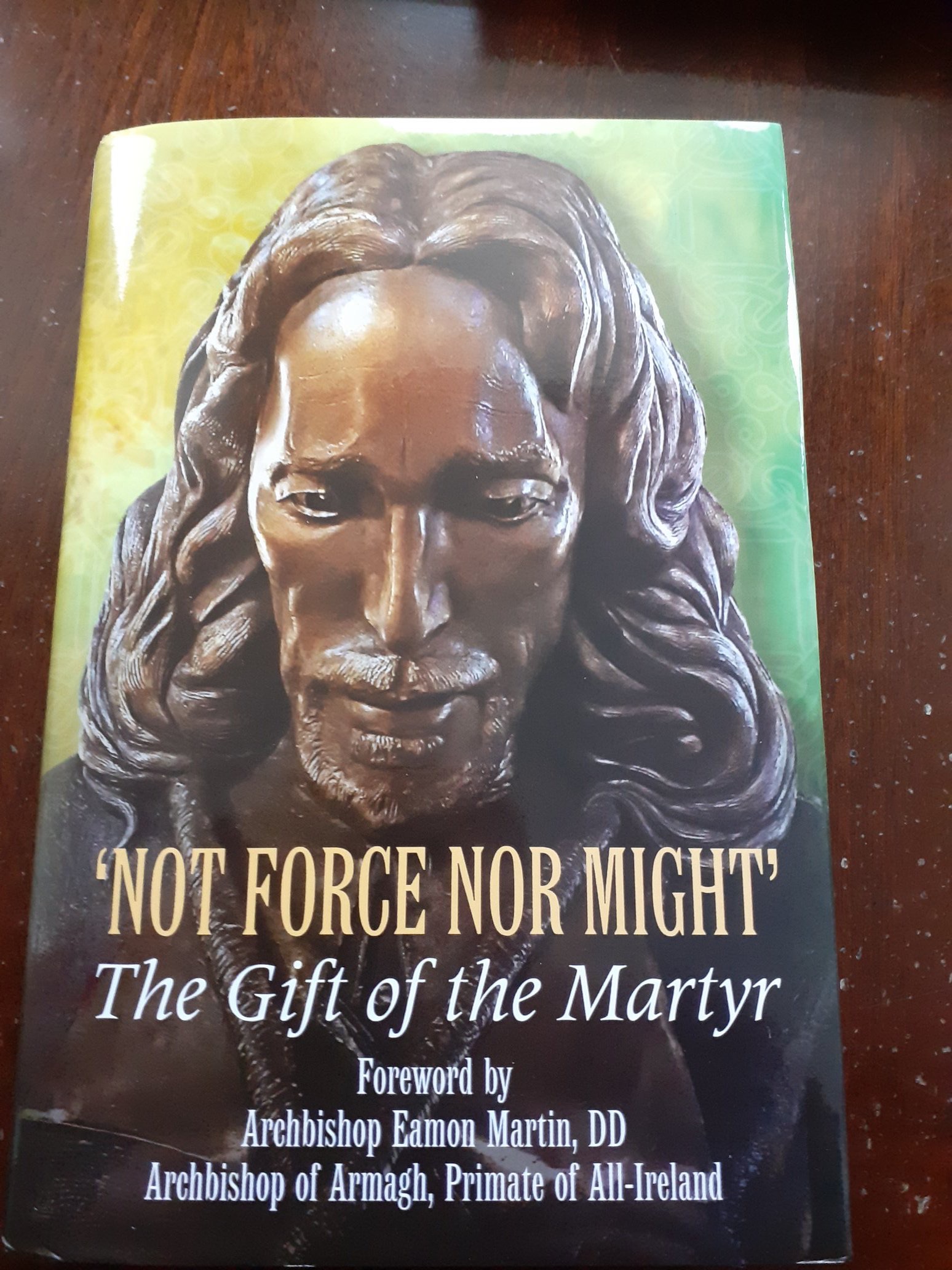 On Thursday morning Archbishop Eamon celebrated the 10.00am Mass in Saint Patrick’s Cathedral and, during the Mass, special prayers were offered for all who give witness to their faith in the world today. After Mass, Archbishop Eamon joined with all the young people to be confirmed in the Cathedral Parish this year, in leading a ‘Walk of Witness’ within the Cathedral. As part of the walk, prayers were offered that all of us may respond to the call to be more faithful in giving witness to the faith in our homes and in our communities.

One of the most moving moments of Pope Francis’ visit to Japan last weekend was when he stood at the Martyrs Memorial in Nagasaki. It is the place where Christians of Japan remember the hundreds of people – sometimes known as the “hidden Christians” – who kept the faith alive in Japan during centuries of persecution. The Japanese martyrs include Saint Paul Miki and his 25 companions who were put to death by crucifixion at the very end of the 16th century – the martyrs included Jesuit and Franciscan priests and religious brothers, but also faithful lay people, young and old, all of them powerfully witnessing to their love of the Lord.

As I watched the footage of the pope on Sunday I was reminded of the many Irish people who suffered and died for the faith around that same time. In 1992 Pope John Paul II beatified 17 Irish martyrs to represent the hundreds of Irish people who were prepared to face prison, torture and even death, rather than deny their faith. This time last year I pledged to install a shrine here in the Cathedral of Saint Patrick to our own St Oliver Plunkett, former Archbishop of Armagh, who was hunted down, imprisoned and gruesomely executed at Tyburn, England, in 1681. I am very grateful that we were able to unveil the new sculpture of Saint Oliver here in July dedicated as it is to the martyrs of yesterday, today and tomorrow.

I like the way that Pope Francis, at the martyrs shrine in Japan, emphasised that the memorial ‘does more than speak of death; it also speaks of the triumph of life over death.’ And above all, the Holy Father said, that the shrine is a monument to Easter,

‘for it proclaims that the last word – despite all evidence to the contrary – belongs not to death but to life. We are not destined for death but for the fullness of life. This was the message the martyrs proclaimed. Yes, here we see the darkness of death and martyrdom, but also the light of the Resurrection, as the blood of the martyrs becomes the seed of the new life that Jesus wishes to bestow on us. Their witness confirms us in faith and helps us to renew our dedication and commitment to that missionary discipleship which strives to create a culture capable of protecting and defending all life through the daily “martyrdom” of silent service towards all, especially those in greatest need.’

I am delighted this year that Aid to the Church in Need Ireland has been encouraging a ‘Week of Witness’ surrounding #RedWednesday. The intention is for us not only to reflect not only on the historical witness of the martyrs, but also to think about how we testify in the present to our faith by being ‘missionary disciples’.

The 2019 ACN Report launched earlier this week in Ireland this week shockingly reminds us that martyrdom is not just a phenomenon of the past but continues, and is even increasing, in today’s world. Eighty per cent of all acts of religious persecution around the world today are being committed against Christians; 245 million Christians in more than 95 countries are facing extreme persecution for their faith. We remember them all in prayer at this time.

When I asked the sculptor Dony Mc Manus to create the Saint Oliver Plunkett’s statue dedicated to the martyrs of ‘yesterday, today and tomorrow’, Dony chose to evoke in his work, especially looked at from behind, the posture of Jesus before Pontus Pilate – hands bound, head bowed. Remember the words that Jesus spoke then: “I have come into the world to bear witness to the truth”. That is the calling we all have as Christians – not to be ashamed to bear witness to the truth – to testify to the Gospel of Christ in our daily lives.

I am joined this evening by two young adults, Gerard Breslin and Coleen Gribben to stand with us and to speak of some of the ways in which they chose to witness to their faith, and the challenges they find in doing so.

As Pope Saint Paul VI said in his 1975 Apostolic Exhortation Evangelii Nuntiandi on evangelisation in the contemporary world:

‘Modern man listens more willingly to witnesses than to teachers, and if he does listen to teachers, it is because they are witnesses … It is therefore primarily by her conduct and by her life that the Church will evangelize the world, in other words, by her living witness of fidelity to the Lord Jesus – the witness of poverty and detachment, of freedom in the face of the powers of this world, in short, the witness of sanctity.’

Last month during the Extraordinary month of mission, I reflected a lot on the life of Saint Thérèse of Lisieux who, even though she died at the age of 24 years of age having rarely ventured out of her home or the Carmelite convent where she was enclosed, was declared a patroness of the missions. Saint Thérèse did so via her ‘little way’ of ‘spiritual childhood’, emphasising that the everyday moments of life can be opportunities for witness.

May this celebration of #RedWednesday and this #WeekOfWitness encourage all of us to courageously stand up for our faith – at home, with our friends, in our schools, workplaces and community, among our family members, companions, neighbours and colleagues.