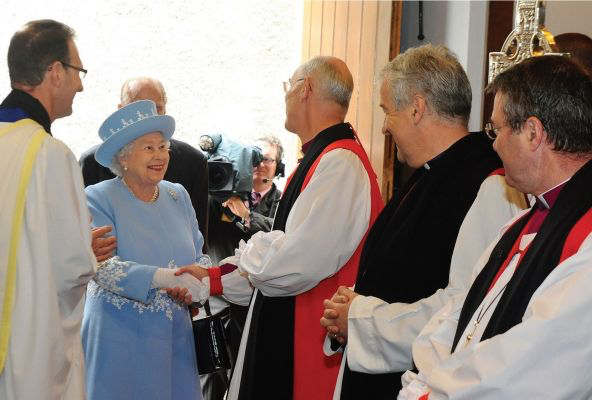 Photo above – Queen Elizabeth II during her visit to Enniskillen.

The history of Enniskillen Cathedral, which played a central role in one of the most groundbreaking moments of the Queen’s reign, is to feature in a comprehensive new book.

Back in June 2012 while on a visit to the Co Fermanagh town the Queen walked from St Macartin’s Church of Ireland Cathedral across the road to St Michael’s Parish Church.

It marked her first visit to a Catholic church in either Northern Ireland or the Republic.

Twenty-five years earlier St Macartin’s welcomed Prime Minister Margaret Thatcher, who was visiting the town a fortnight after the IRA Poppy Day bombing that claimed the lives of 12 people and injured scores of others.

In 2012 Taoiseach Enda Kenny attended Remembrance Sunday events in Enniskillen for the first time including a service in the cathedral, a tradition which has continued under his successor Leo Varadkar.

The presence of the Taoiseach in Enniskillen recognised those Irishmen who fought and died serving in the British Army in the First World War.

It also acknowledged the major contribution made by St Macartin’s Cathedral in developing strong community relations.

These moments of historic significance will feature in a new 400-page book St Macartin’s Cathedral: At The Heart Of The Community, written by Sam Morrow. 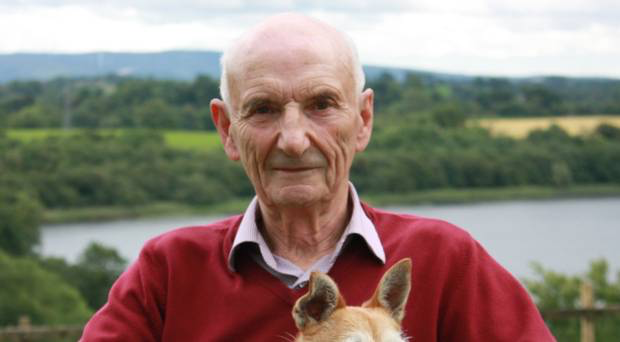 He was elected honorary secretary in 1989 and has fulfilled that role since then.

Mr Morrow spent his career in agricultural administration, retiring in 1996, after serving as principal of Enniskillen Agricultural College and county agricultural development officer.

His book contains 42 chapters and 500 photographs, recording the establishment and development of the Parish of Enniskillen and its church, now St Macartin’s Cathedral.

“The church was established as part of the plan for the Plantation of Ulster but it also has an inheritance from the ancient Catholic Church,” Mr Morrow explained.

“The Plantation church in Enniskillen was known for many years as Inishkeen Church.

“The original church was smaller than the present-day cathedral. The earliest headstones in the graveyard date from 1625.

“The original Enniskillen church was enlarged in 1842 and the chancel was extended in 1889,” he added.

Because of its size and central position for the Church of Ireland people of Clogher diocese, St Macartin’s was consecrated as a cathedral in 1923.

Over the centuries the pupils of the town’s Royal School have worshipped in Enniskillen church and include such notable churchmen as Henry Francis Lyte, who wrote hymns including Abide With Me, and the Blessed John Sullivan SJ.

St Macartin’s has been served by 28 rectors, and many curates, dating from 1622. A list of churchwardens who have served the parish from 1622 exists.

All of this information, including the names on the headstones in Enniskillen and Pubble graveyards, is included in the book.

The book will be launched by the Bishop of Clogher, the Right Rev John McDowell, in the Cathedral Hall, Enniskillen, on Wednesday, November 13 at 7.30pm.