Retirement of the Archbishop of Armagh 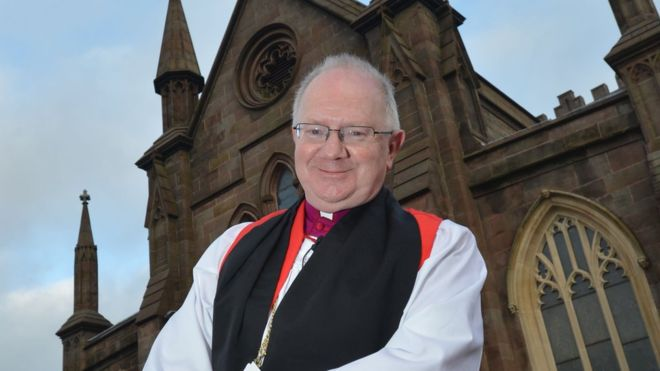 The C of I correspondent to the Irish Times writes – “Ordained in 1975 for the curacy of Holywood in the Diocese of Down, Richard Clarke returned to Dublin for a second curacy in St Bartholomew’s which was followed by a period as Dean of Residence in Trinity College where he had been an undergraduate. In 1984 he was appointed Rector of the Bandon union of parishes, one of the largest parishes in the Republic of Ireland, and in 1993 succeeded Maurice Carey as Dean of Cork.

“His interest in the cultural life of the Church was apparent early in his career with a stint as reviews editor of Search and a ten year spell an active and innovative honorary secretary of the General Synod’s Literature Committee, beginning in 1985, while as Central Director of Ordinands from 1982 until 1997, he was closely involved with the development of ministry.

“With such a pedigree, Dr Clarke’s election of Bishop of Meath & Kildare in 1996 was scarcely a surprise and his translation to Armagh in 2012 was a fitting climax to a life of extraordinary service to the Church of Ireland.

“The author of several short but thoughtful books and of an important doctoral thesis on the disestablishment revision of the Irish Book of Common Prayer, Richard Clarke has been a distinctive voice in the Church of Ireland finding ways to air difficult subjects and to encourage the Church to face sometimes unpalatable realities. This he has done with erudition, style and much good humour.”

Wishing him every blessing for his retirement, Bishop Brendan Leahy and Rev Brian Anderson stated:

“Archbishop Richard brought heart–felt commitment to the work of the Irish Inter–Church Meeting. His leadership in the work of deepening relationships between the Christian churches on the island of Ireland began long before his appointment as Archbishop of Armagh, and draws on his significant international experience in ecumenical dialogue. His insightful contributions have helped shape the evolution of the national inter–church structures, emphasising the value of friendship and good personal relations at the heart of our shared Christian witness to a society in need of hope–filled pastoral support. As President of the Irish Council of Churches and Co–Chair of the Irish Inter–Church Meeting (2010–2012), Archbishop Richard gave generously of his time in support of staff. As a facilitator of dialogue between member churches, and a representative of the inter–church structures in the public square, he set a tone for reasoned debate and honest engagement that reflected the Christian call to be good neighbours. We wish him every blessing in his well–earned retirement.”

The 70-year-old Dubliner has served as the Archbishop of Armagh and Primate of All Ireland since December 2012.

He told BBC Radio Ulster’s Sunday Sequence programme that since he was ordained 43 years ago, there had been “extraordinary changes” in society.

The archbishop announced his intention to retire as he addressed the Armagh Diocesan Synod in the city in November.