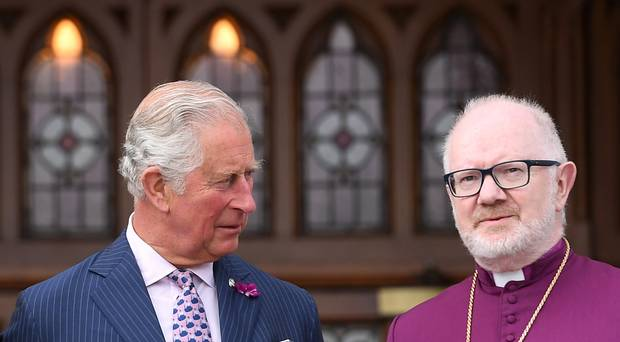 The Archbishop of Armagh and Primate of All Ireland, the Most Revd Dr Richard Clarke, has announced his intention to retire from 2nd February 2020.

The archbishop announced his intentions as he addressed the Armagh Diocesan Synod in St Mark’s Parish Church in the city on Saturday.

Archbishop Michael Jackson of Dublin in a tribute stated, “Archbishop Clarke has dedicated his life to the service of God and the church. He has done this in a variety of contexts within Ireland and abroad. Generous ecumenism and faithfulness to the tradition have always been close to his heart. In each place where he has worked he has sought to discern and draw out the spirit of that place and its people. He has done so by engaging in a very ‘hands on’ way with church life and community life at the same time. He has also served the wider Anglican Communion with diligence.”

He continued, “I am sure that I speak in unison with my fellow bishops, serving and retired, who have worked with Richard over many years in wishing him everything that is best in the years ahead. I have every confidence that they will be energetic and fulfilling.”

Archbishop Eamon Martin, the Roman Catholic Archbishop of Armagh tweeted, “My good friend and brother in Christ, Archbishop Richard Clarke has announced his intention to retire in a few months time. Will miss his friendship, support and cooperation. Wishing him the blessing of health and happiness for the future!”

Archbishop Clarke, who is 70, has served as a bishop in the Church of Ireland for 23 years, firstly as Bishop of Meath and Kildare from 1996 to 2012. He was elected as Archbishop of Armagh in October 2012 and enthroned in St Patrick’s Cathedral, Armagh, in December of that year.

Date of Feast of the Presentation of Christ in the Temple

The Archbishop remarked that he had chosen 2nd February – the Feast of the Presentation of Christ in the Temple – as the appropriate date on which to conclude his time as Archbishop as the festival ‘marks a conclusion, but also a vantage point into the future … It is the time when Simeon can say, “Now lettest thou thy servant depart in peace”, but of course Simeon’s Nunc Dimittis also looks into the future with energy and faith. Salvation, revelation, and glory are the great themes also employed in the Nunc Dimittis, as there – on the horizon ahead – stand God’s eternal purposes for all of us, and in every generation. And so it must always be.’

He told the diocese, ‘When I became Archbishop of Armagh at the close of 2012, I made a quiet agreement with my family, a few close friends, and myself that I would try to work on as Primate for five years, assuming of course that ill–health or mortality itself did not intervene. Coming towards the end of that five–year period, I would then review the situation with my family and, if all seemed to be working out reasonably well and I felt that I was still “up for it”, I would continue on for a further two years, but would not go on beyond that point. This latter moment in time has now arrived…’

He expressed his gratitude to the diocese and others throughout the Church of Ireland for their support during his tenure as Archbishop: ‘This time in Armagh has truly been a very agreeable experience for me, and for this I humbly thank God for the great privilege I was given in being appointed as Primate seven years ago and I also thank all of you, for your constant encouragement, your friendship, your prayers, your support and your patience.’

Archbishop Clarke will continue to carry out all the duties and responsibilities of the Archbishop of Armagh and Primate until 2nd February 2020. After that date, the Church of Ireland House of Bishops will consider the selection of a successor.

The Archbishop has two children and three grandchildren. His wife Linda died in 2009.