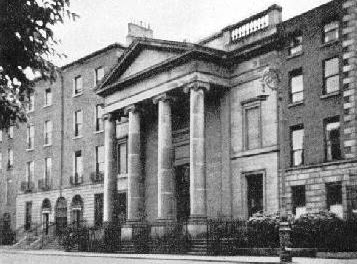 He achieved distinction in connection with atomic research

Darryl Armitage perused the News Letter, of August 24, 1934, and wrote the following article in the paper on Monday, 24th August 2020.

A marriage of special interest to the people of Belfast had been quietly solemnised in Centenary Methodist Church on St Stephen’s Green, Dublin the previous day, reported the News Letter on this day in 1934.

Dr Walton, remarked the paper’s report, was a noted scientist who had achieved distinction in connection with atomic research.

He had married Miss Winifred Isobel Wilson, the second daughter of the Rev C Wilson, the minister of the Methodist Church at Birr, Co Offaly.

Miss Wilson had been given away by her uncle Mr W M Elliott while the Rev R E Kerr, MA, the warden of the Methodist Training College at Edgehill had acted at the best man.

The officiating clergy at the marriage, noted the paper, were the Rev C Wilson, the bride’s father, and the Rev J A Walton, the father of the groom, as well as the Rev R J Elliott, meanwhile Mr Eric Crowe presided at the organ.

A reception was held in the Standard Hotel in Dublin after the wedding ceremony. It was noted that Mrs Wilson, the bride’s mother, wore an ensemble suit of navy marocain with “a hat to correspond” and Mrs Walton, the groom’s mother, was in black, “relieved with pink”.

The newly married Dr and Mrs Walton honeymooned in Switzerland and that the bride’s travelling dress was of “blue and white crepe-de-chine, and with it she wore a coat in lido blue and a hat to tone”.