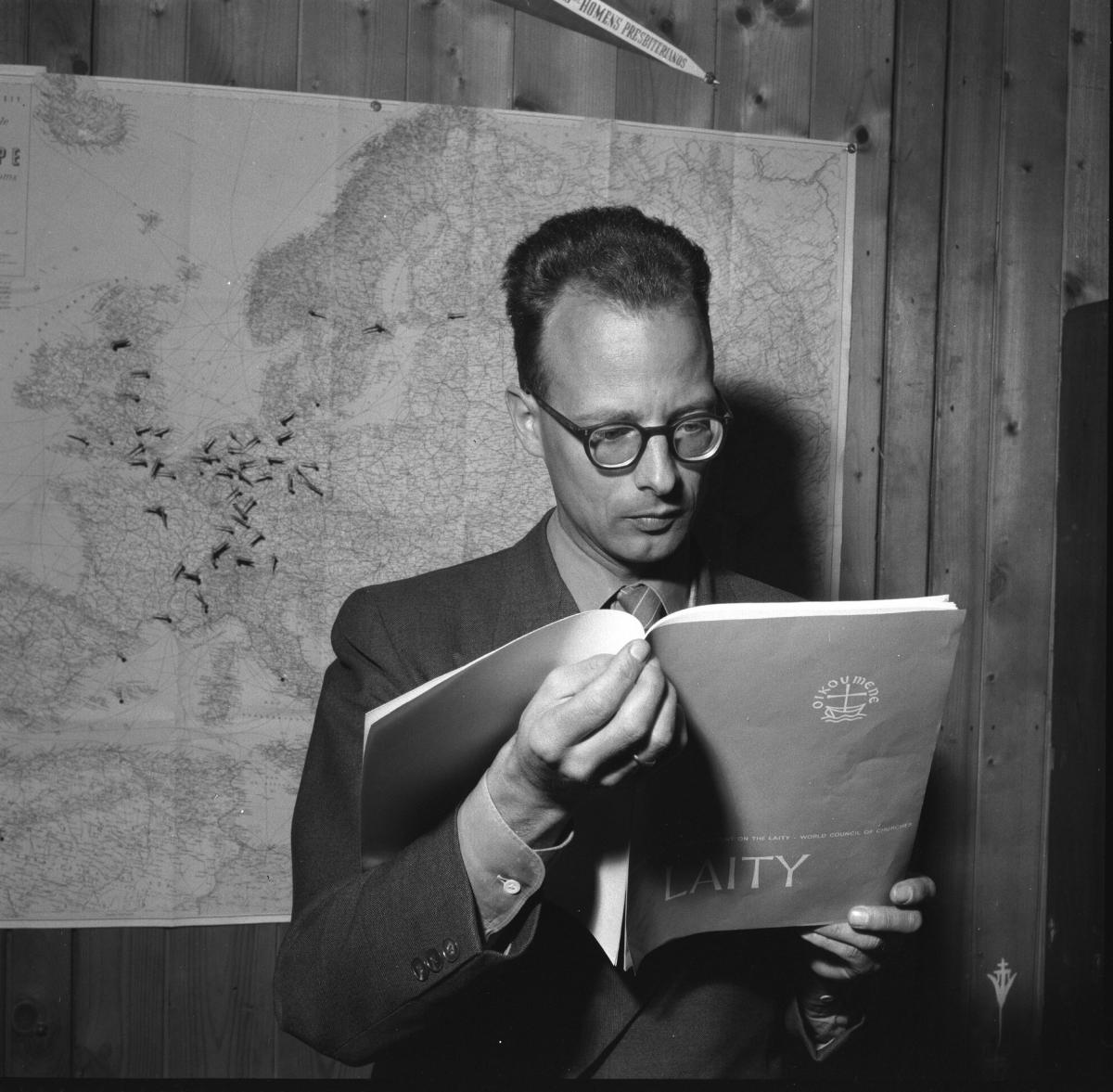 Former director of biblical studies at the World Council of Churches

During his long career, Weber, who passed away on 18 October, made the Bible come alive for thousands of people through Bible studies that he coordinated with groups from many different cultures, contexts and situations.

He visited Corrymeela and conducted workshops for representatives of the various Irish churches.

The former director of biblical studies at the World Council of Churches (WCC), Rev. Dr Hans-Ruedi Weber, died at the age of 97.

During his long career, Weber, who passed away on 18 October, made the Bible come alive for thousands of people through Bible studies that he coordinated with groups from many different cultures, contexts and situations.

In a tribute, WCC moderator Dr Agnes Abuom recalled first meeting Weber when she worked as an associate youth director at the WCC in 1978.

“He came with new liturgical and Bible study materials,” she said. “His face always glowed with joy as he either travelled to one of the islands or when he came back.”

Abuom thanked Weber for leaving behind a very rich liturgical and Bible study tradition. “You leave behind pillars of the word of God in our hearts and in our daily lives,” she said.

“Weber leaves behind a solid legacy to the one ecumenical movement, for which he showed great passion. He guided hundreds of Christians in developing their own gifts and skills for empowering groups, small and large, so that together they could have a deeper encounter with the biblical message,” said Rev. Prof. Dr Ioan Sauca, WCC interim general secretary.

One of Weber’s best known books was On a Friday Noon: Meditations under the Cross, which matched artworks related to the crucifixion with biblical reflections, and was translated into different languages. Another widely-circulated book, Experiments with Bible Study, introduced readers and church groups to ways of getting to know the scriptures through music, drama and images.

Baldwin Sjollema, first director of the WCC’s Programme to Combat Racism, in trying to summarize what working with his friend and colleague Rev. Dr Hans-Ruedi Weber meant, wrote: “His strong convictions for the oikoumene were: a passion for the world, the oikoumene, which is God’s first love and where God is at work through judgement and salvation. The search for a fuller obedience to the biblical faith in order to receive direction for the churches‘ prophetic calling to work for reconciliation, and a fostering of an ‘ecumenical con-spiracy,’ a common spirit and vision, fighting against divided, self-sufficient church life and working for a more credible witness and service in the world. That task is hopefully still at the heart of the oikoumene, though today we may translate it in other words.”

Weber had previously served as a missionary in Central Celebes and East Java after being ordained a Swiss Reformed pastor in 1947. He obtained a doctorate in theology from the University of Geneva in 1966. After retirement from the WCC in 1988, Weber taught at the Pacific Theological College in Suva, Fiji.

In his work with the WCC, Weber travelled throughout the world to support the biblical work of churches in very diverse contexts and situations.

In 1961, Weber accompanied Lesslie Newbigin to the Malua Assembly as a young missiologist. In November 1984 Weber visited Samoa for ten days as moderator of the WCC Task Force in an attempt to heal the resentments between the Congregational Christian Church in American Samoa and Congregational Christian Church in Samoa after the separation of the two churches in 1980.

“Bible study cannot focus on the Bible only as a literary document, but also as an oral tradition in storytelling and singing, as drama in worship and in symbolic acts, as a visible word through art and as a source of meditation,” Weber once wrote.

Among Weber’s other publications are The Book That Reads Me: A Handbook for Bible Study Enablers (1995), A Laboratory for Ecumenical Life: The Story of Bossey (1996), The Militant Ministry (1963), and Power: Focus for a Biblical Theology (1989).