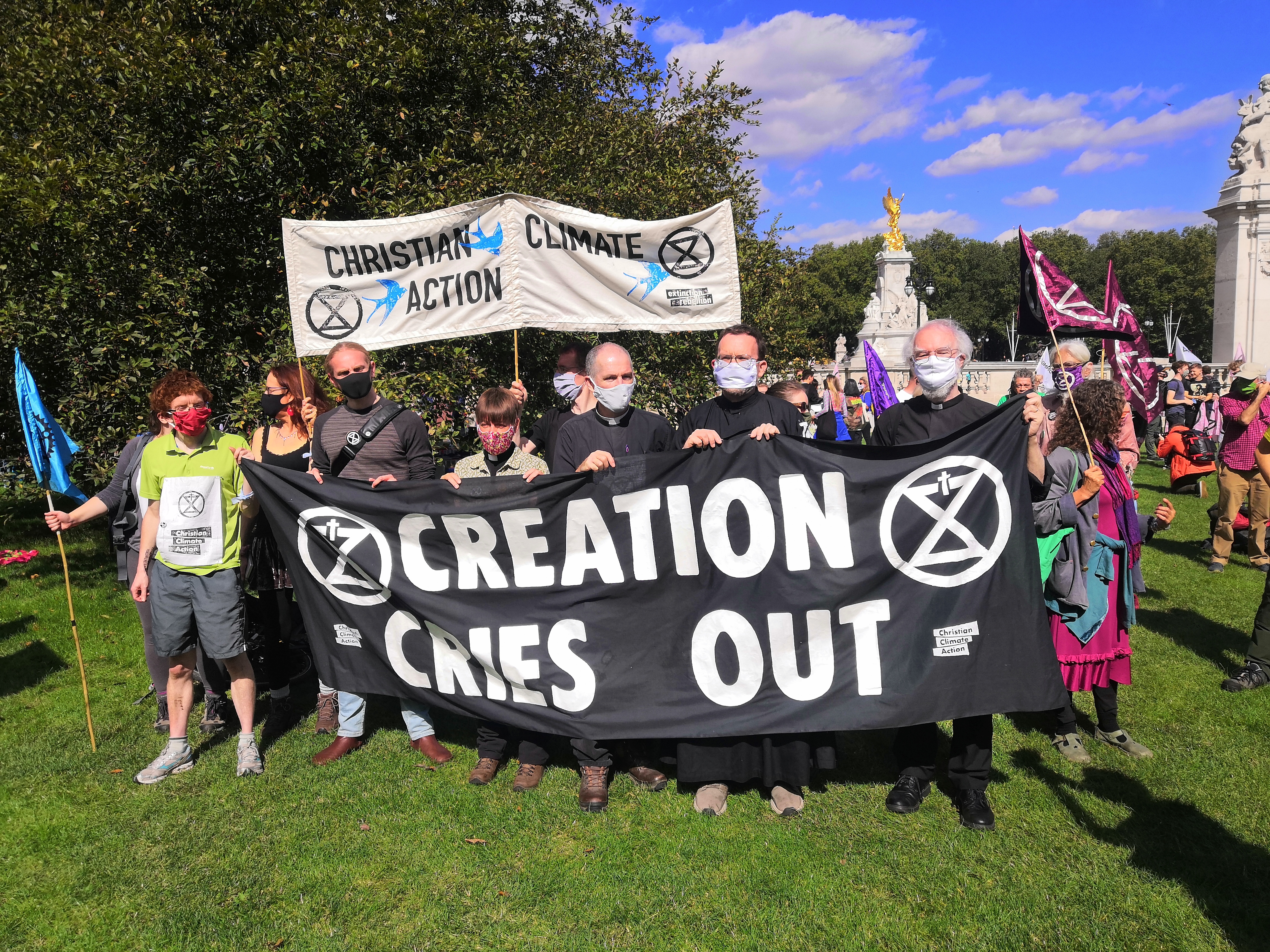 “As disciples of Christ, we are called to take action”

Dr Rowan Williams was one of many Christians taking part in Extinction Rebellion protests in London yesterday, Tuesday September 2.

The former Archbishop of Canterbury said there was a “remarkable moment of opportunity” to make lasting positive change in support of the environment.

He called on people of faith to support the protests because “they can make a difference” and “that difference is worth making”.

Tuesday marked the first day of the Extinction Rebellion’s 10-day blockade outside Parliament to put pressure on MPs to back the Climate and Ecological Emergency Bill.

The Archbishop and members of Christian Climate Action (CCA) held a banner reading ‘Creation Cries Out’.

They joined with other protests in blocking the roads around Parliament Square and holding a vigil for the earth. Prayer services were also held throughout the day.

“People of faith should be here because they are people of faith. That is, they believe they can make a difference of some kind and that that difference is worth making,” Dr Williams said.

“At the moment we’re at a remarkable moment of opportunity. People are talking about building back better. We have to take the opportunity.

“It’s not just recovering what’s been lost but building again something that is genuinely more sustainable, because in the last few months we have seen the possibility of some alternatives that might work and I think people of faith ought to be on board with making those alternatives work, taking that moment of opportunity.”

The Met said 90 people had been arrested on suspicion of public order offences.

Five Christians were among those arrested at the demonstration.

Fr Martin Newell, a Catholic priest from Birmingham and one of those arrested said: “The Christian faith is not an easy one – we are constantly called to step outside of our comfort zone.

“I believe that being faithful means taking a stand on the biggest issue of our time. When Jesus said to James and John, ‘Follow me,’ they stood up, dropped their fishing nets and did just that.