Sacked Presbyterian academic ‘to sing like canary’ at tribunal 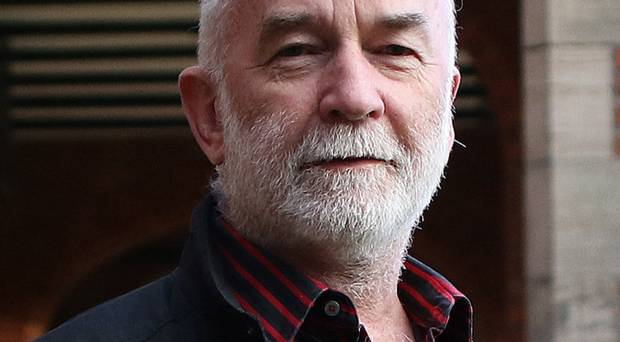 A sacked Presbyterian academic claims the evidence that will emerge when his case reaches tribunal will shock Church members, David Young reports in the Belfast Telegraph

Professor Laurence Kirkpatrick is taking a case against the Presbyterian Church in Ireland.

The latest hearing is scheduled for early next week.

Professor Kirkpatrick – who worked at the Presbyterian Church’s Union Theological College – was sacked for gross misconduct earlier this year.

It followed a 2018 interview on BBC Radio Ulster’s Talkback show in which he publicly disagreed with the Presbyterian Church’s outright opposition to same-sex relationships.

He is taking a legal case against the Presbyterian Church over his sacking, claiming unfair dismissal, discrimination and harassment by his employers.

Professor Kirkpatrick said his battle for justice had taken a heavy personal toll on him – but he is ready for the fight.

Speaking in advance of the latest hearing on Monday, he said: “It has dragged on. I must be honest, it’s very stressful.

“My sleep pattern has gone to pieces, but having said that, every time I go back and look at it, I get myself convinced again that I have a case.

“I think they were determined to get rid of me.”

The academic is convinced his remarks on Talkback were not the real reason he was dismissed.

He claims he was sacked because of his divorce.

“That’s the real reason,” he claimed. “That’s unacceptable to some of these people.

“The real agenda is that they do not accept a no-fault walkaway from a marriage divorce, because the Bible doesn’t have a verse that says that.”

Professor Kirkpatrick is representing himself at the tribunal.

He added: “It’s David and Goliath.

“I’m on my own, and the Presbyterian Church have a barrister and solicitor.

“The bottom line is, I can’t afford that kind of representation. The legal fees could run to more than £20,000.”

Professor Kirkpatrick also revealed that close friends had warned him that his fightback was likely to get messy.

“Details of my private life will come out in headlines,” he added.

“But at the end of the day I have crossed my Rubicon and decided ‘you know what, this is bigger than that’ – and I’m not going to back down.

“My story will be heard.”

To back up his claims, he intends to produce a copy of the minutes of what he has called his “inquisition” at the hands of the UTC authorities.

“They were determined to get rid of me because I was divorced,” he added.

“That’s the real story here. I’ve nothing to hide.”

Earlier this year Queen’s University cut its ties with Union Theological College, where Professor Kirkpatrick had worked for more than two decades

At the time the Presbyterian Church in Ireland said it “deeply regretted” the university’s decision.

“It’s a very sad story. I was there for 23 years,” Professor Kirkpatrick added.

“The new regime only started in 2013, and caused mayhem. I’m going to sing like a canary.

“I was the senior man, and the one working hardest to keep the link with QUB – and it’s been devastating to see what has been done.”

He suspects many Presbyterians could be shocked by what will come out over the course of his full Employment Tribunal.

“I think a lot of ordinary Presbyterians have no idea, they’re happy with their Church.”

Monday’s hearing is the final preliminary hearing before the case is listed for a full hearing.

It is understood the full hearing could take a week or more.

A spokesperson for the Presbyterian Church in Ireland said: “While this is an ongoing process, it would not be appropriate for us to comment on this pre-hearing review.”