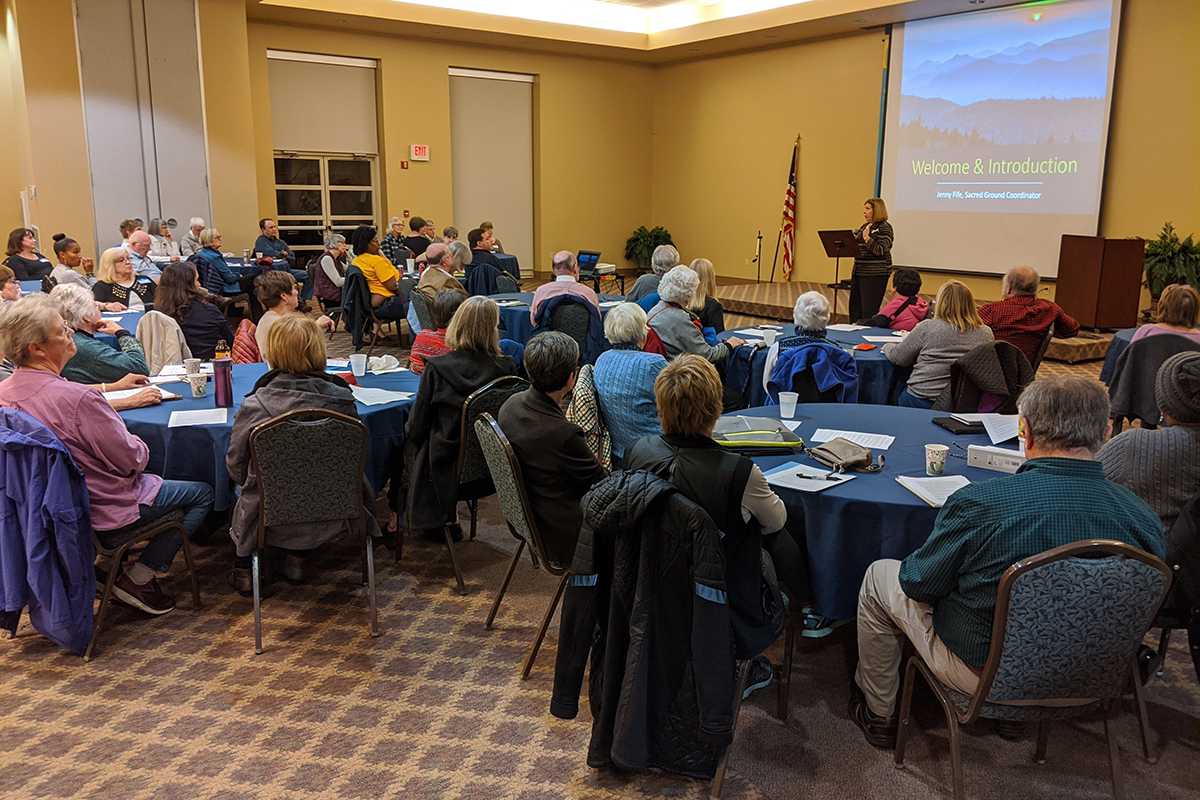 Photo above – Jenny Fife introduces Sacred Ground to the discussion circle that Fife formed in Roanoke, Virginia, to take up the 10-part, film-based curriculum. The meetings were held at St. John’s Episcopal Church starting in January 2020. The pandemic interrupted the group’s schedule, but future meetings may resume online. Photo courtesy of Jenny Fife

The curriculum confronts the historical roots of systemic racism and examines how that history still shapes American institutions and social interactions today.

The response was overwhelming: About 200 people signed up for the dioceses’ discussion circles.

Interest was just as strong in the Diocese of San Diego, where at least 11 congregations recently signed up to form Sacred Ground circles. And in Stevens Point, Wisconsin, the Rev. Jane Johnson started a discussion circle at her Episcopal-Lutheran congregation hoping at least a handful of people would join her. The circle widened to more than 60 participants from four local congregations and across the Diocese of Fond du Lac.

Such examples highlight the exponential churchwide growth in Sacred Ground participation since the May 25 police killing of George Floyd, a Black man, in Minneapolis, Minnesota, fueled widespread protests. Previously, about 400 discussion circles had taken up Sacred Ground from its launch in February 2019. Two months after Floyd’s death, that number doubled to more than 800 groups.

“The response has given me hope this is not going to be just a moment, but a movement,” Johnson told Episcopal News Service. “It’s sad that it takes so long to wake up to something … but we’re finally willing to do something.”