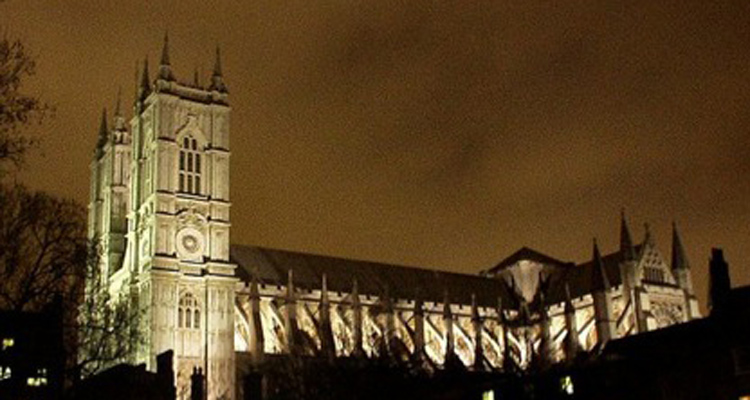 London’s Westminster Abbey, which relies on visitor admission fees for 90% of its income, is down more than £12 million in revenue this year, and will soon lay off nearly 20 percent of its staff.

The Very Rev. Dr. David Hoyle, dean of the abbey, described the losses to the BBC as a “shattering blow,” and said that a further loss of £9-12 million is expected in 2021. “We’re negotiating one of the greatest challenges to hit the abbey in recent times,” Hoyle said.

The Association of English Cathedrals separately reported that the Church of England’s 42 cathedrals are experiencing a £28.4 million revenue shortfall. They are projecting another £15.5 million loss next year. The Association said that job cuts would likely hit churches around England in October, when the British government’s pandemic-related job retention scheme ends.

Churches across the UK were granted permission to reopen for visitors and worship services on July 11, but numbers are sharply restricted because of social distancing requirements. Hoyle said that in a “normal” July day, 1,000 visitors per hour would be admitted to Westminster Abbey, the traditional site for the coronation and burial of British monarchs. Visitor numbers are not expected to return to pre-pandemic levels for another five years.

Westminster Abbey has been drawing from its financial reserves to pay for staff salaries and other operating expenses, but its financial reserves will be depleted by a third by September. Plans have already been announced to consolidate the congregations of the abbey and St. Margaret’s, Westminster, which share the abbey grounds. Sunday services will no longer be held at St. Margaret’s, traditionally the church of the House of Commons, and its professional choir has been disbanded. “In the short term we will only be able to sustain our familiar commitments to Parliament,” the abbey announced. “In the years to come a much more ambitious program of worship and events will be possible.”

The announcement was lamented by Britain’s classical music community, with The Times’ chief music critic David Morrison tweeting, “Tragic and sadly symbolic news: the superb professional choir of St Margaret’s Westminster – the parish church of Parliament itself – has been abolished. It won’t be the last. And so, blow by blow, England reverts to being the land without music.”

## Assistance from the Church Commissioners

With the disbandment of St Margarets choir, the Abbey has still two choirs to finance. The Abbey is also “a Royal peculiar” and as such may not be included in the aid which the Church Commissioners are providing to assist cathedrals.

The Church Commissioners, who manage the Church of England’s financial holdings, announced plans to deploy funds to maintain essential cathedral staff on July 11. The commissioners had already directed £3 million for stone masons and apprenticeships and £1.1 million to support payroll staff. An additional £2.5 million for key staff support was announced, as well as £1 million for lay clerks, the adult singers from the cathedrals’ famed men-and-boy choirs. The funds should be enough to maintain full employment for lay clerks through Christmas. Several musical trusts have announced plans to raise an additional £1 million in matching funding through events including a celebrity virtual choral evensong, which would keep the lay clerks on payroll through Easter, 2021.

“We are very well aware that that is not enough,” Commissioner Eva Poole told the church’s General Synod. “The scale and the size of the problem is extraordinary, so we are spending quite a lot of time talking to government and other funding partners like the Cathedral Choirs Emergency Fund to figure out what else we can do to help.”

Some cathedrals are turning to creative fundraising methods in these challenging times. On July 25, the dean and chapter of Wells Cathedral made a sponsored pilgrimage on the traditional seven-mile route from Glastonbury to Wells, raising nearly £5,000 for the cathedral and a local church-related hospice.

Ripon Cathedral has teamed up with the Yorkshire Air Ambulance to develop A Wing and a Prayer, an art installation which invites people to donate paper angels to honor those on the frontline of the COVID-crisis. Prayers will be written on the angels, which will then be suspended from an enormous fixed high in the cathedral’s nave. A Wing and a Prayer is scheduled to open on Yorkshire Day, August 1, and will remain in place until September 29, the Feast of St. Michael and All Angels.

Ripon’s dean, the Very Rev. John Dobson, told the Association of English Cathedrals that the community response to the installation had been significant and encouraging. “The thousands of angels speak of gratitude and prayer,” he said. “Adorning the wonderful space that is the nave of Ripon Cathedral, they will be a spectacular arrangement of beauty for all, and an expression of praise for the faithful.”