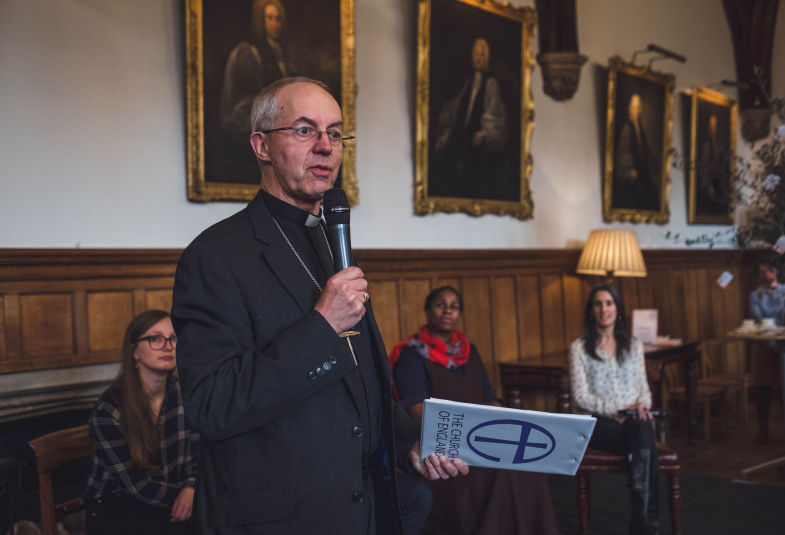 Social media can help spread evil and cruelty throughout society, the Archbishop of Canterbury has warned.

Last summer, the Church of England launched its first social media guidelines at Facebook’s UK headquarters as well as a set of commandments to combat “cynicism and abuse” online.

However, the Most Rev Justin Welby on Monday used his address to the General Synod, the Church of England’s general assembly and legislative body, to reiterate the danger posed by social media platforms.

Speaking to hundreds of Synod members, he repeatedly used the metaphor of a lion to embody evil. The Archbishop warned that “[the] enemy the devil prowls like a roaring lion, seeing who may be devoured”.

The Archbishop warned that “the lion of our time has many faces, some of them modern, many of them as old as the church itself”.

The lion has many faces, but they are not the faces that we see around us. They are not human enemies

“The lion, as I say, has many faces, but they are not the faces that we see around us,” he added. “They are not human enemies.

“Some of them have been around forever. Culture, cruelty, lack of love are pre-eminent, and we can aid the biting of the lion through social media in a way we’ve never known before.”

The Archbishop also used his address to warn that new technologies such as artificial intelligence and genetics could lead to greater inequality and injustice as well as threaten the rights of disabled people.

However, he said that while there were new technologies which might appear to be lions, they could also be “aids to the shepherd” – including artificial intelligence and genetics.

The Archbishop added: “We cannot just assume them to be a face of the lion, scientific change, biotechnology, information technology, artificial intelligence, machine learning.

“With biotechnology and the ability to shape the human being so that they come out in the way you want them to.

“What a government can do with that in the future, what we can do to one another, go back to those different questions of identity. Do we say that we will reshape human beings so there is no one with a disability? What does that say about the humanity of those who have different abilities?”

It also emerged that orchards are set to be revived by the Church of England under new plans to plant trees on parish land. Following a successful scheme in Scotland which has seen churchyards converted into orchards, a similar initiative looks set to be rolled out south of the Border.

In written questions submitted by members of the General Synod it emerged that some dioceses are considering planting on parish land.

Andrew Presland, a Synod member hailing from the Diocese of Peterborough, asked Mark Sheard, chairman of the mission and public affairs council, in what ways churches are being encouraged to engage in community tree planting.

Mr Sheard responded: “Some dioceses are looking into possible new plantings on glebe land [owned by the Church]. It is always important to choose appropriate types of tree and to ensure that there is sufficient means to manage and protect young trees.”

However, he added: “Discussions are currently taking place with the organisers of successful plantings of small orchards in Scottish churchyards to see whether similar initiatives can be undertaken in England, particularly in urban areas.