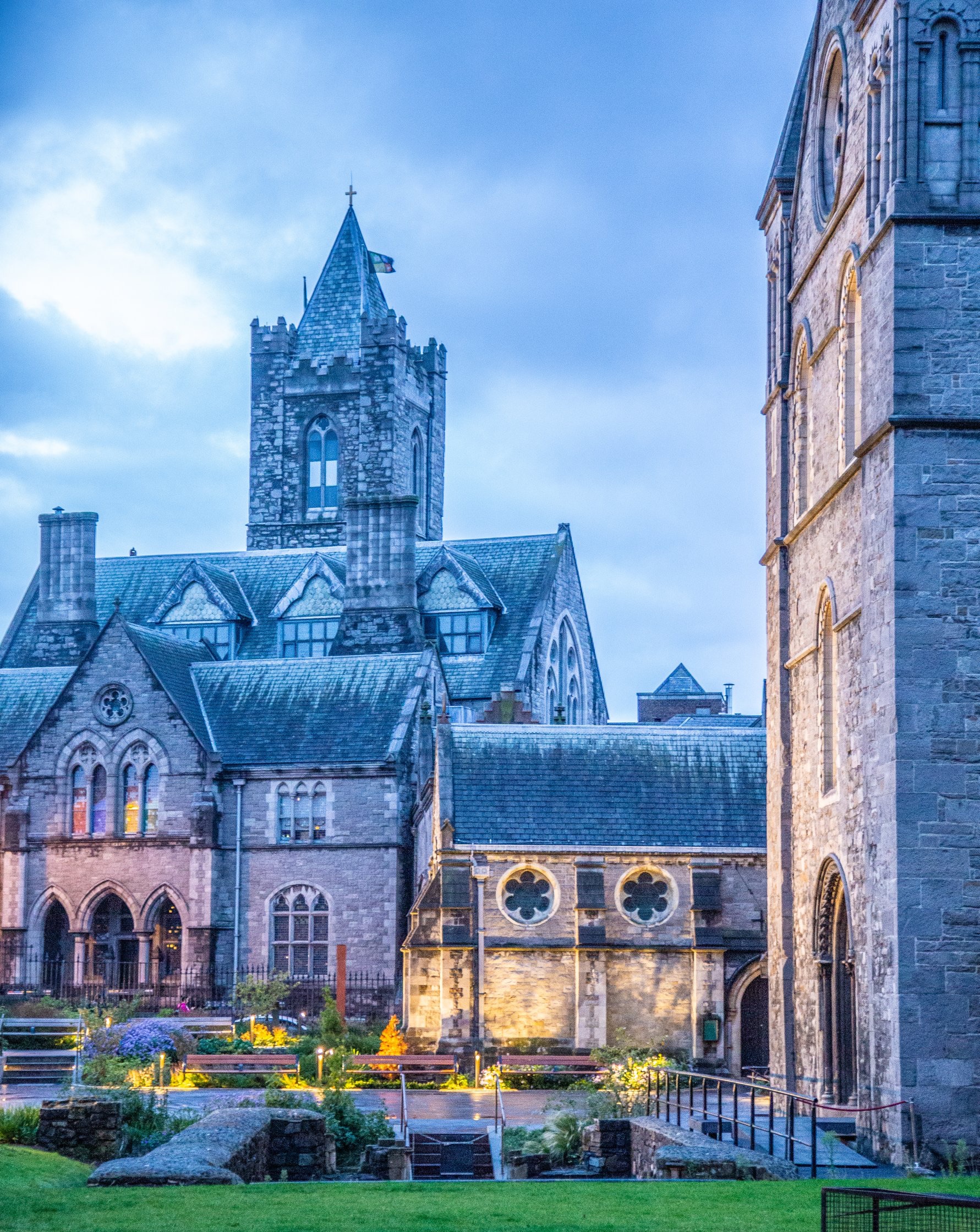 Southern Protestants coming to terms with independent Ireland will be the focus of one of the main speakers at the next meeting of the Church of Ireland Historical Society will be held in the Music Room, Christ Church Cathedral, Dublin on Saturday 2 November 2019

PROGRAMME
10.30am Coffee and registration

11am Dr Áine Hensey: ‘“Isolated enclaves”: the challenge of establishing Church of Ireland communities outside Dublin in the aftermath of the Reformation’

3pm Dr Ida Milne and Dr Ian d’Alton: ‘“Keeping the head up”: how did southern Protestants come to terms with independent Ireland?’

• Dr Áine Hensey is a well-known presenter and producer with RTE Raidió na Gaeltachta since 1995.
She holds a PhD from Maynooth University. Her thesis compared the lives of Church of Ireland and Roman Catholic clergy in the south-eastern dioceses of Ireland between 1550 and 1650.

• Ms Kiara Gregory is a PhD student and former departmental assistant in Mary Immaculate College, Limerick. Her research focuses on Guinness’s Brewery during WWI, specifically the workings of the brewery and its employees. Her CD-ROM First World War Irish Soldiers: Their Final Testament was published by Eneclann in 2008.

• Prof. Kevin Cathcart is Emeritus Professor of Near Easter Languages at University College Dublin and member of the Royal Irish Academy. He is editor of the four-volume work The Letters of Peter le Page Renouf (UCD Press) and The Correspondence of Edward Hincks (3 volumes, UCD Press).

• Dr Ida Milne is a social historian of disease and medicine, and Irish Protestantism. She lectures on European history at Carlow College and authored Stacking the coffins: influenza, war and revolution in Ireland, 1918-19 (Manchester, 2018) and co-edited with Ian d’Alton, Protestant and Irish (Cork, 2019).

• Dr Ian d’Alton is a Visiting Research Fellow in the Centre for Contemporary Irish History at Trinity College, Dublin. He has written widely on southern Irish Protestantism, notably Protestant society and politics in Cork, 1812-44 (Cork, 1980) and co-edited Protestant and Irish (Cork, 2019).

You can register online at http://churchofirelandhist.org/membership/ If you wish to become a member the annual subscription was fixed last year at €40 (or £35). This includes admission to our bi-annual conferences, lunch, book discounts, and exclusive access to the Society’s podcasts. Non-members are most welcome. They are asked to subscribe €10 (or £7) at the door to assist with conference expenses (lunch not included).

Queries may be either addressed to the honorary secretary, Dr Adrian Empey, by email at: secretary.coihs@gmail.com or visit the society’s website: http://churchofirelandhist.org/

The Church of Ireland Historical Society meets twice a year: in Armagh Robinson Library, in April, and in Christ Church Cathedral, Dublin, in November. It exists to promote scholarly interest in the history of the Church, and to facilitate publication.