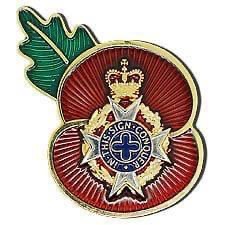 Every act of remembrance is different. For service personnel and veterans, remembrance is not so much an event as a way of life, Dominic Nicholls writes.

Memories of friends lost in the service of their country are not dusted off annually, to be boxed up again afterwards. They are constant. Parallels are everywhere.

The story of the Unknown Warrior contains one parallel for me.

The train carriage containing the casket of the British warrior unknown by name or rank arrived in Victoria Station on the evening of Nov 10 1920. It remained on Platform 8 overnight, prior to the service in Westminster Abbey the following day.

‘He felt it was his duty to accompany Phil through the night. Talk to him. Sit with him on his final journey’

An honour guard of soldiers from the Grenadier Guards was posted and remained in place until morning. It was a symbolic act of comradeship. Brothers in arms are never alone, even in death.

After the Remembrance Sunday service in 1998, I said goodbye to my friend Phil, who was deploying to Bosnia with 669 Squadron, part of 4 Regiment Army Air Corps.

Captain Phil Jarvis, along with Sergeant Dave Kinsley and Corporal Chris Addis were killed a few weeks later on Dec 22, when their Lynx helicopter suffered a catastrophic engine failure and crashed just outside the British army base at Gornji Vakuf in central Bosnia.

The field the helicopter had come down in was outside the wire and often flooded, allowing the anti-personnel mines made from plastic (to defeat metal detectors) to float across from known minefields, resting wherever the water left them. As such, the area was strictly out of bounds.

The accident happened late in the afternoon as darkness was falling. Thick snow obscured any chance of seeing the mines. With no thought for their own safety, soldiers from the operations room ran to the downed helicopter. They vaulted the fence and ran through the snow.

Phil was already dead, but Sgt Kinsley and Cpl Addis were alive, badly injured. They were the priority in the failing light. The soldiers raced to free them from the wreckage and administer first aid.

Tragically, Sgt Kinsley died in hospital later that night and Cpl Addis lost his fight for life in hospital in Bristol a week later.

The decision was taken to leave it until daylight to recover Phil, still strapped into the freezing cockpit, as it was simply too dangerous to risk more lives that night.

At which point Padre Tom, posted to the British army base from the Royal Army Chaplains Department, stepped forward.

He felt it was his duty to accompany Phil through the night. Talk to him. Sit with him on his final journey. There was no talking Padre Tom out of it.

Equipped with almost every item of cold weather gear the British Army of the late Nineties possessed, a sleeping bag and a flask of hot tea, Padre Tom followed the line of footprints through the snow to the stricken aircraft.

There he sat. Zipped up to the neck in his sleeping bag and sipping his tea, Padre Tom kept Phil company through the night, just as the honour guard of Grenadiers had administered to the Unknown Warrior all those years before.

The watchkeepers in the operations room crunched out to the aircraft each hour, checking on the pair and topping up the flask.

Phil was repatriated to the UK. Padre Tom went to serve elsewhere. The story of his actions spread throughout the Army Air Corps and I was able to meet him and thank him personally some years later.

Every act of remembrance is different. But for me, when I think of friends lost, service, duty and comradeship, I see an image of a padre in a sleeping bag, wearing a big woolly hat and sipping tea in a freezing aircraft, keeping watch through a long Bosnian night, chatting to my friend Phil.