Speaking to the Soul – April 19 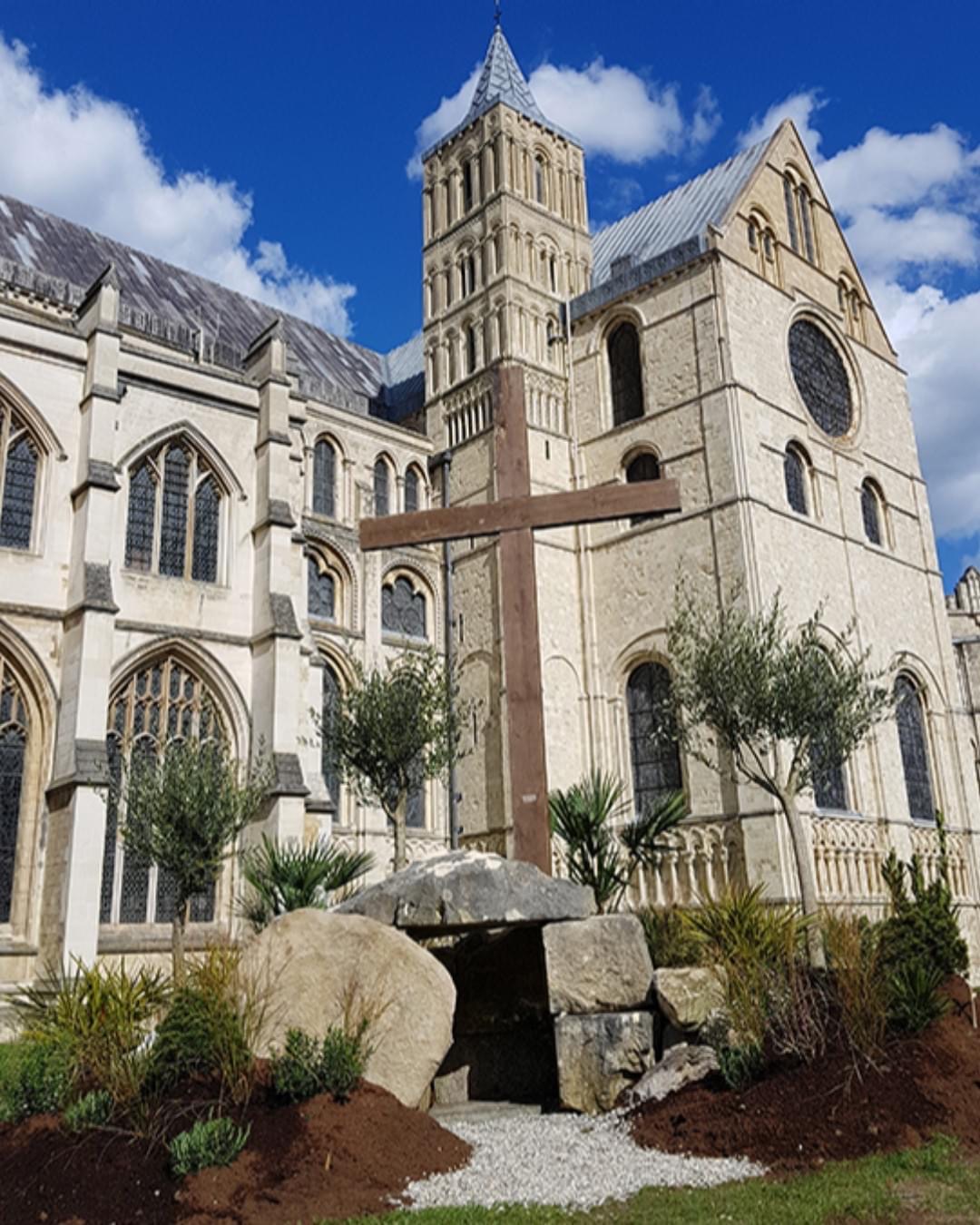 Now on that same day two of them were going to a village called Emmaus, about seven miles from Jerusalem, and talking with each other about all these things that had happened. While they were talking and discussing, Jesus himself came near and went with them, but their eyes were kept from recognizing him. And he said to them, ‘What are you discussing with each other while you walk along?’ They stood still, looking sad. Then one of them, whose name was Cleopas, answered him, ‘Are you the only stranger in Jerusalem who does not know the things that have taken place there in these days?’ He asked them, ‘What things?’ They replied, ‘The things about Jesus of Nazareth, who was a prophet mighty in deed and word before God and all the people, and how our chief priests and leaders handed him over to be condemned to death and crucified him. But we had hoped that he was the one to redeem Israel. Yes, and besides all this, it is now the third day since these things took place. Moreover, some women
of our group astounded us. They were at the tomb early this morning, and when they did not find his body there, they came back and told us that they had indeed seen a vision of angels who said that he was alive. Some of those who were with us went to the tomb and found it just as the women had said; but they did not see him.’ Then he said to them, ‘Oh, how foolish you are, and how slow of heart to believe all that the prophets have declared! Was it not necessary that the Messiah should suffer these things and then enter into his glory?’ Then beginning with Moses and all the prophets, he interpreted to them the things about himself in all the scriptures.

As they came near the village to which they were going, he walked ahead as if he were going on. But they urged him strongly, saying, ‘Stay with us, because it is almost evening and the day is now nearly over.’ So he went in to stay with them. When he was at the table with them, he took bread, blessed and broke it, and gave it to them. Then their eyes were opened, and they recognized him; and he vanished from their sight. They said to each other, ‘Were not our hearts burning within us while he was talking to us on the road, while he was opening the scriptures to us?’ That same hour they got up and returned to Jerusalem; and they found the eleven and their companions gathered together. They were saying, ‘The Lord has risen indeed, and he has appeared to Simon!’ Then they told what had happened on the road, and how he had been made known to them in the breaking of the bread.

There have been a lot of journeys over the last 9 days. From Jesus’ triumphal entry into Jerusalem; a late-night walk from the Mount of Olives to the Garden of Gethsemane; then Jesus’ lonely walk to Calvary.

Easter Day was another day of walks which started with the women’s desolate walk to the tomb early in the morning. Now we meet two more disciples on their own long, lonely walk, coming to terms with all that has happened over the last few days. I can almost feel the pain of Cleopas and his friend as they trudge back to Emmaus, all their hopes and dreams seemingly in tatters.

I often find a long walk is a good time to think and reflect and that’s what these two are doing – they are trying to make sense of everything that has happened. You can understand their distress and confusion, everything they thought, everything they believed appears to be lost. Do they dare to trust that Jesus could have risen from the dead, after all women were not considered reliable witnesses, so are they just setting themselves up for false hope?

Then there’s their disbelief that this stranger who joins them has no idea about what has been going on.
What I love about this story though is the almost throwaway line, ‘their eyes were kept from recognising him’. It is not that Cleopas, and his friend don’t recognise Jesus, no, it is that the time is not right; there was more they needed to learn from this stranger and so it is in the breaking of bread, that finally they are allowed to recognise Jesus.

Then another journey, more exhilarating, breathless with good news to share with those who will listen. Oh, that we should feel that same excitement today.

Loving Lord,
When the road seems long and the journey hard, help us to remember we do not travel alone.
When life gets us down and we see no reason to hope, help us to remember the joy of resurrection.
When we see your love in friend and stranger, give us courage to share the good news. Amen