SPEAKING TO THE SOUL by Bishop Michael Burrows 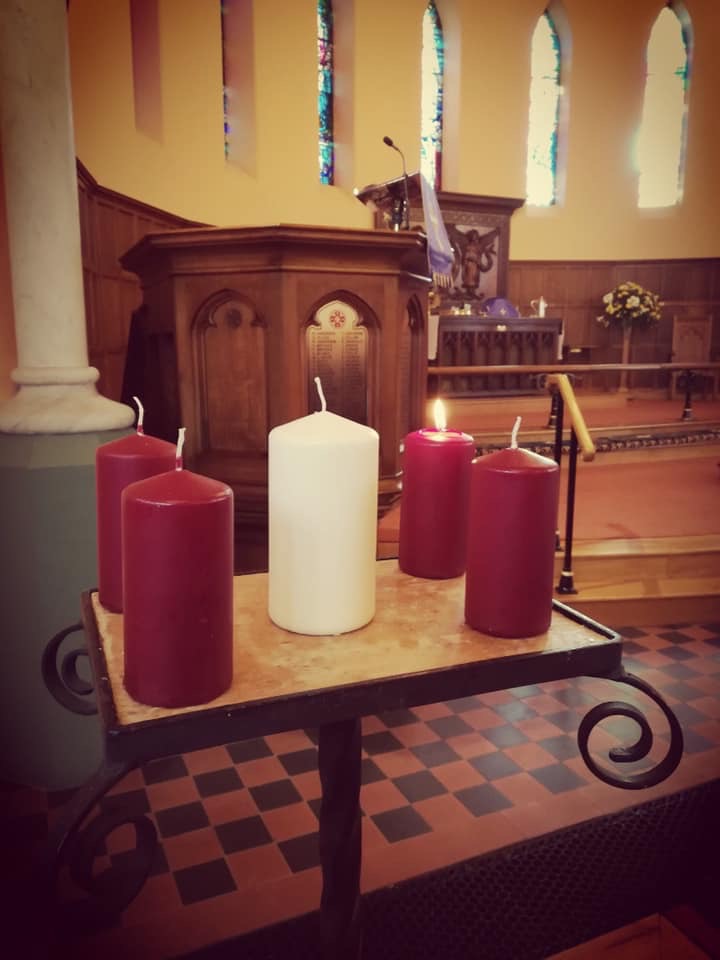 It is Advent again!

For me, and I am sure for many of you too, one of the timeless delights of preparing for Christmas in church and home involves the preparation of the crib. Cribs come in all sorts and sizes; sometimes mass-produced and sometimes the fruit of real artistic creativity. The important thing is how they can be used to assist us in creating a sense of Advent expectation, and also in absorbing the various elements of the Christmas narrative one by one.

So during Advent (even at the carol service if that event precedes Christmas), the crib should be virtually empty although carefully prepared. The animals should be there, with the manger and the hay, but really little else. On Christmas Eve Mary and Joseph arrive and at the first Eucharist of Christmas around midnight the baby Jesus is placed in the manger while perhaps the angels sing above. By morning’s light on Christmas Day the shepherds have arrived… but the wise men (and the Bible never tells us how many of them there were!) do not take their place until the Epiphany. However, in the days between Christmas and Epiphany they may be seen making their way gradually through the church towards the crib, starting their journey appropriately from the East end. Children love this appropriate ‘staging’ of the Christmas story; in truth adults rather love it too.

The crib should probably remain in place until 40 days after Christmas, until the moment when we reach Candlemas, the Feast of the Presentation of Christ in the Temple, the last event in the birth story of the Lord. On that day Mary and Joseph bring their firstborn to the Temple to be dedicated to the Lord, offering during their visit the prescribed sacrifice of gratitude. As the days begin to lengthen and the light of spring starts to break through, two faithful worshippers Simeon and Anna recognise that the Presentation of this particular child is no routine event – he is the expected consolation of Israel and indeed the true light who will lighten the Gentiles.

Thus Simeon sings in timeless words of his readiness to close his own life having seen the Lord’s long awaited salvation. He sings, as Anglicans do daily the world over at Evensong… ‘Lord, now lettest thou they servant depart in peace, according to thy word’.

I always think we should complete the Christmas crib observance by crafting figures of Simeon and Anna and placing them in the tableau too. After all, we already traditionally take liberties by placing the wise men in the stable alongside the shepherds – Matthew’s Gospel is actually explicit that it was to a house that they came in their post-Christmas bearing of gifts. So, if the wise men can be part of the crib tableau, why not also Simeon and Anna?

The three groups who encountered Jesus after his birth and who glimpsed his glory (shepherds; Magi; Simeon and Anna) represent surely three different types of people who were wonderfully drawn to the infant king. The shepherds were somewhat on the fringes of contemporary Jewish life – they were looked down on as their work prevented them from observing the discipline of the Sabbath. Yet, stragglers and simple folk that they were, their ears were opened to the music of heaven and they were invited to meet the figure in whom their own calling would be displayed at its most perfect – the child who was to become the Great Shepherd. The wise men, complete outsiders, represent not just the Gentile world but also the realm of intellectual searching .. they in their turn are given a glimpse of Wisdom Incarnate.

Last but not least Jesus is shown to Simeon and Anna, faithful souls who had long plodded on in faith, following their religious duties, never losing their sense of ultimate expectancy.

In a way, amongst all the groups of people who encountered the newborn Jesus, Simeon and Anna are most like us – we inhabit the ‘inside’ of the life of the church, we strive to witness faithfully and perhaps unspectacularly, we welcome those who come among us to share our longing for the light. And, into Simeon and Anna’s familiar spiritual world comes the gentle, transforming presence of the one who inspires old Simeon to sing words of hope that for two millennia have brought light and purpose to the lives of very everyday disciples. In short, the newborn Jesus in revealing himself displays to a rich variety of people how in him they can all become their best selves – and that marvellous truth is no less real today than it ever was. In many ways we seek to be in our faithful way in this little corner of the Christian world the Simeons and the Annas of our time – and so when we bring them imaginatively to our cribs we are also bringing ourselves.

Enjoy the preparation and the beauty of your cribs wherever they may be – and don’t rush the story! When Advent concludes there are really forty whole days to have a very Happy Christmas.