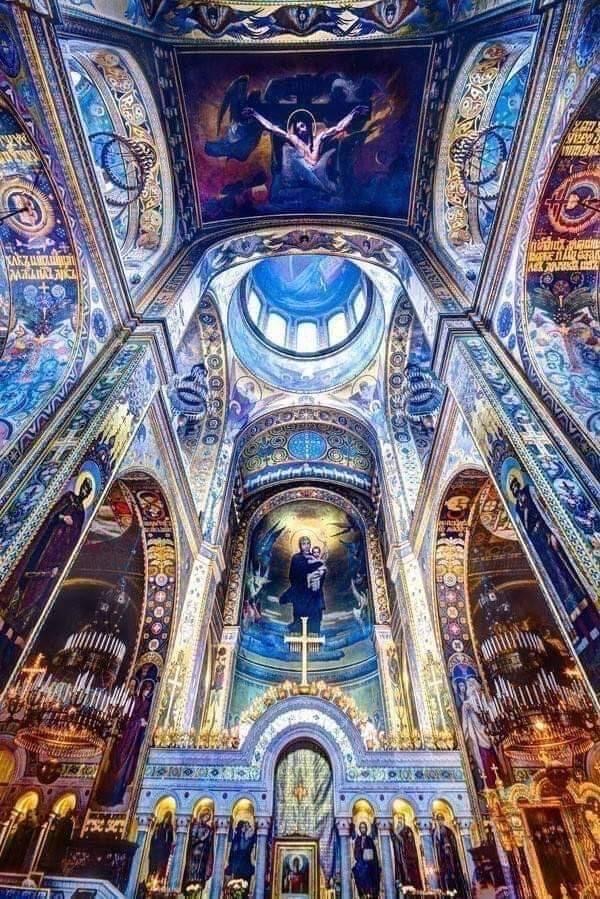 After this Jesus and his disciples went into the Judean countryside, and he spent some time there with them and baptized. John also was baptizing at Aenon near Salim because water was abundant there; and people kept coming and were being baptized— John, of course, had not yet been thrown into prison.

Now a discussion about purification arose between John’s disciples and a Jew. They came to John and said to him, ‘Rabbi, the one who was with you across the Jordan, to whom you testified, here he is baptizing, and all are going to him.’ John answered, ‘No one can receive anything except what has been given from heaven. You yourselves are my witnesses that I said, “I am not the Messiah, but I have been sent ahead of him.” He who has the bride is the bridegroom.

The friend of the bridegroom, who stands and hears him, rejoices greatly at the bridegroom’s voice. For this reason my joy has been fulfilled. He must increase, but I must decrease.’

The one who comes from above is above all; the one who is of the earth belongs to the earth and speaks about earthly things. The one who comes from heaven is above all. He testifies to what he has seen and heard, yet no one accepts his testimony. Whoever has accepted his testimony has certified[n] this, that God is true. He whom God has sent speaks the words of God, for he gives the Spirit without measure.

The Father loves the Son and has placed all things in his hands. Whoever believes in the Son has eternal life; whoever disobeys the Son will not see life, but must endure God’s wrath.

We live in a world which peddles a tale of shortage. We’re told there’s not enough love, petrol, or money to go round so we have to grab our share, and a bit more just in case. The driver for social media is FOMO: fear of missing out. Contentment seems rare – but of course advertising wouldn’t work if we were content with our lives and what we have.

Which is what makes John the Baptist so unusual. He seems amazingly relaxed about the fact that his disciples are deserting him and flocking to Jesus. And those that stay seem to expect him to be jealous – as maybe they are.

But he’s not. It appears that he’s always been perfectly clear that his mission is from God, that it’s temporary and subordinate to Jesus’ – and he’s happy about that. Not simply passively accepting the inevitable but happy. As the friend of the bridegroom is when he opens the door to the bridegroom and leaves the bride and bridegroom together, so John has done his work of introducing people to Jesus and he can rejoice.

There’s an old story of an old minister whose flock deserted him for a happy-clappy, lively, new church nearby. And one morning, seeing the congregation even fewer than usual, the old minister enquired ‘Where is everybody?’ Only to be told by one brave member where the people had gone. ‘Well, then,’ said the minister ‘Maybe we should join them.’ And he led his congregation out the door and into the thriving new church.

Maybe when your focus is on Jesus, status and personal success don’t matter so much?

In a world that seems to thrive on competition, give us contentment and humility in all we do that we might truly serve you, Lord Jesus, and not ourselves.