Speaking to the Soul – October 28 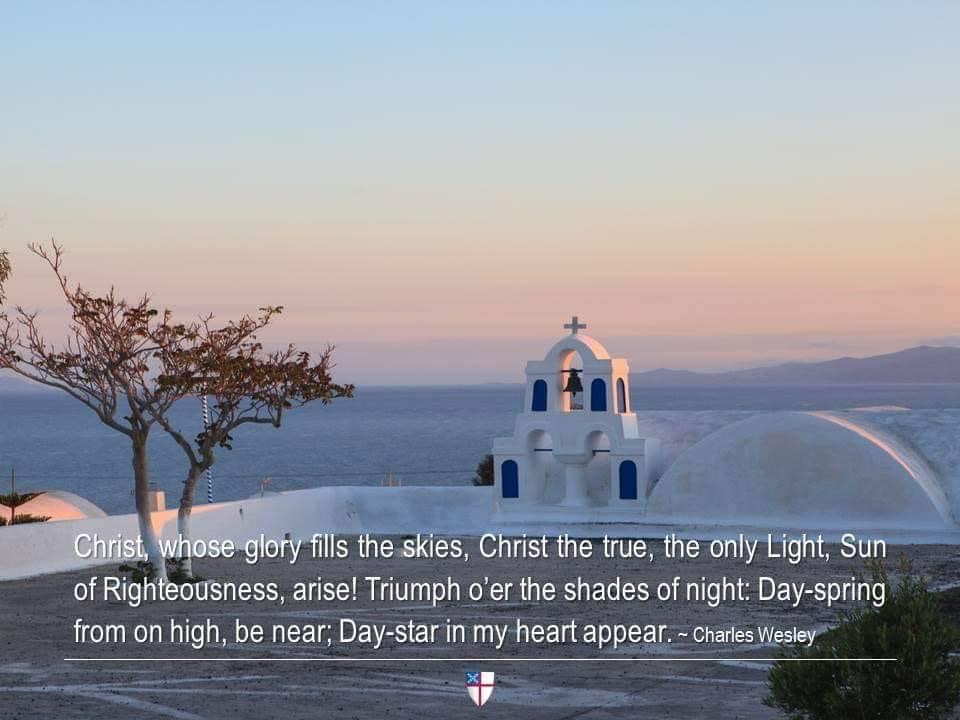 Acts: 16: 6-15
They went through the region of Phrygia and Galatia, having been forbidden by the Holy Spirit to speak the word in Asia. When they had come opposite Mysia, they attempted to go into Bithynia, but the Spirit of Jesus did not allow them; so, passing by Mysia, they went down to Troas. During the night Paul had a vision: there stood a man of Macedonia pleading with him and saying, ‘Come over to Macedonia and help us.’ When he had seen the vision, we immediately tried to cross over to Macedonia, being convinced that God had called us to proclaim the good news to them. We set sail from Troas and took a straight course to Samothrace, the following day to Neapolis, and from there to Philippi, which is a leading city of the district of Macedonia and a Roman colony. We remained in this city for some days. On the sabbath day we went outside the gate by the river, where we supposed there was a place of prayer; and we sat down and spoke to the women who had gathered there. A certain woman named
Lydia, a worshipper of God, was listening to us; she was from the city of Thyatira and a dealer in purple cloth. The Lord opened her heart to listen eagerly to what was said by Paul. When she and her household were baptized, she urged us, saying, ‘If you have judged me to be faithful to the Lord, come and stay at my home.’ And she prevailed upon us.

Reflection
The theologian, Luise Schottroff wrote a book called ‘Lydia’s Impatient Sisters: A Feminist Social of History of Early Christianity’. In the preface she writes: ‘I perceive the women’s movement, and the ecological movement widely associated with it, and attempt to labour for peace and justice as an exercise of power from below against the destructive greed of the elites.’

The reading today introduces us to Lydia, There are frequent visions in Acts, and Paul has a vision of man calling him to cross over to Macedonia to help the people there. This Paul and his companions do. It was a vision of a man that calls Paul over, but the first convert in Macedonia is Lydia. On the Sabbath Paul and the others go outside the gate to a place of prayer by the river, where they speak to the women who gathered there. Lydia, a wealthy woman dealing in purple cloth is there, She is a worshipper of God. She listens eagerly to Paul and is baptised. She goes on to invite Paul and her others to stay at the house.

Luise Schottroff makes the point that Lydia’s offer of hospitality has ‘an eye on the politically dangerous situation facing travelling Jewish itinerant preachers.’ This hospitality as well as being an act of political resistance shows ‘that women’s groups and communities of resistance, like the early Christian house churches, were the foundations on which resistance rested.’

Lydia is the first wealthy woman we hear of associated with Paul, others include Phoebe (Romans 16:1-2), Priscilla (Acts 18:2-3, 27-28), Junia (Romans 16:7) and Nympha (Colossians 4:15). She is the first European convert to Christianity and her house becomes the first European church. We hear later how after a time in prison Paul goes to Lydia’s home to encourage those who were there (Acts 16:40), that is the last we hear of Lydia in the New Testament.

Prayer
Gracious God,
May our churches be communities of resistance,
Agents of peace and justice,
Places where hospitality and sanctuary may be found.
In Christ’s name.
Amen.