Steve Stockman reflects on “Concerning Grace – Presbyterians and The Troubles” 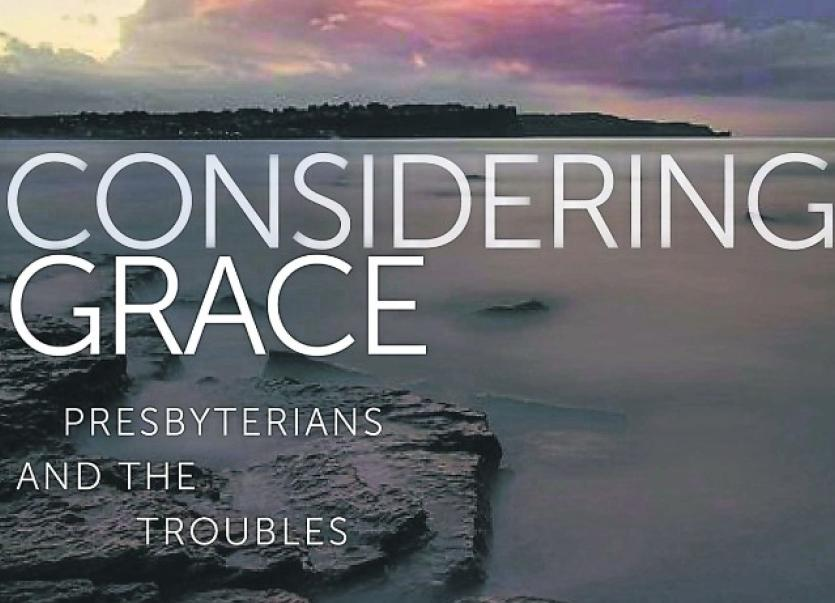 Steve writes – I have been critical of my denominations contribution to reconciliation both during the Troubles and in the years since the Good Friday Agreement. So, it surprised me that the first thing that I experienced reading Considering Grace was an utter respect for fellow Presbyterian ministers.

This book is based on over 120 interviews conducted by Gladys Ganiel and Jamie Yohanis. The vast majority are with Presbyterians though they do cover also some who have left the Presbyterian Church and some critical friends.

They are careful with their categories for interview – ministers, victims, security forces, emergency responders and politicians just some of them. A missing category is the post Good Friday Agreement generation. We need to hear what they think of the legacy we left them to grow up in.

The first chapter is ministers and they impacted me most. I suddenly realised that there were indeed three Irelands during the Troubles; the north, the south and the border. In those border areas ministers were burying members of their congregations murdered by the IRA on a regular basis. They were often first on the scene. They were often those who told loved ones the horrible news. Sometimes two or three from the one family were killed. Respect.

Moving from there to the stories of the victims and this is not at all an easy bedtime read. The victims reminded me how brutally awful our conflict was. Victims also give a range of opinions on forgiveness. I believe Jesus is clear on forgiveness but sensitivity to the deep hurt with which some have to practice it needs a careful and sensitive listening.

Right across the interviews the Church certainly made some positive contributions to a society being torn apart by bombs and bullets. The pastoral care of victims, security forces, first responders and health care workers was remarkable.

However, the cataloguing of such a wide range of people also drags out much to critique. Again, respect to the Presbyterian Church in Ireland (PCI) to be prepared to open itself such criticism and hopefully listen to it.

A recurring theme, it seemed page after page, was the bullying influences of Rev Dr Ian Paisley on the denomination, making ministers frightened of reaching out to Catholic neighbours or be involved in peace making at all.

Some involved in community work complained that they never met the local Presbyterian minister and others point out that there was a lot of sermonising about a lot of things apart from what was actually going on.

Some clearly stated that there was “no theology of peace” and that any peace projects that PCI did do didn’t get enough time or funding. For any Church attempting to apply God’s word to their context this is an unbelievable neglect and blight.

Yet, as someone very involved in reconciliation I had to listen too. Some victims charged us with being “more interested in the ones who pulled the trigger than the ones who got the bullet”, that PCI “buried an awful lot of victims and its almost as if there’s a bit of amnesia about that”.

The book is an important document in a country where we are wrestling to deal with the legacy of the past that we very much live in today. Some in the book fear that there is a Republican re-writing of history. This has given a voice to a Presbyterian reading.

As someone who engages in discussion with Republicans as part of my reconciliation work, going as far as speaking at a Sinn Fein Ard Fheis, with my friend Fr Martin Magill, I would actually like to read a response and review of the book in Sinn Fein’s publication An Phoblacht. Republicans need to read and reflect on these stories.

I found it discouraging that so few books were printed for a denomination of 250,000. Thankfully we are into a second print. I would love to have had a copy through the letterbox of every Presbyterian in Ireland. It is vital we all read it and engage, learn from the best and worst of our denomination’s engagement, pastoral and prophetic, in the Troubles for the urgent work of reconciliation now.

This book cannot be just a process gone through. It cannot be a feel good project that now sits on the shelf. That is what I fear happened to our Vision For Society Statement that is the end appendix of the book. This is a Biblically powerful statement of intent in our discipleship in a divided community. May its words become flesh and not just remain nice words. The devil would settle for that!

*WE, MEMBERS OF THE PRESBYTERIAN CHURCH IN IRELAND,*
*saved by grace *
*and called by God to grace-filled relationships,*
*in the power of the Holy Spirit *
*as ambassadors of Christ’s Kingdom *
*in a broken and divided world;*
*BELIEVE that the Good News of Jesus Christ challenges and equips us*
* to develop radically new attitudes and relationships with our neighbours throughout the whole of Ireland.*
*WE CONFESS our failure*
* to live as Biblically faithful Christian peacebuilders and to promote the counter culture of Jesus *
*in a society where cultures clash.*
*ACCORDINGLY, WE AFFIRM Christian peacebuilding to be part of Christian discipleship *
*and reassert the Church’s calling*
* to pursue a peaceful and just society in our day*
*WE SEEK a more reconciled community at peace with each other, *
*where friend and foe,*
* working together for the common good, can experience healing and the grace of our Lord Jesus Christ.*

Considering Grace in Story And Song at this year’s 4 Corners Festival will have readings from the book, as well as a response from Seamus Mallon (a critical friend in the book) and songs from Dave Thompson.
Feb 6th at 7.30pm, St John’s Parish Church, 444 Falls Road, Belfast, BT12 6EW
Book on the website [https://4cornersfestival.com]