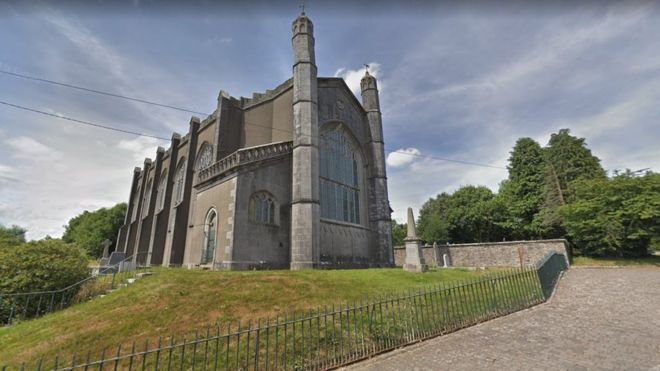 A “very valuable” 17th Century chalice, that was stolen during a burglary in County Louth, 21 years ago has been recovered by gardaí .

The engraved chalice was among a number of solid silver items stored in a safe that was stolen from Collon Church of Ireland in Ardee in October 1998.

The safe was found later that year, but most of its contents had been removed.

The chalice was recently advertised for auction and a member of the public recognised it and alerted the church.

Clergy then contacted gardaí who seized the item for investigation.

Joyce Moore, assistant at Collon Church of Ireland, said they were “absolutely thrilled” when they heard the chalice had been found.

It is engraved with the words: “The Gift of Mrs Foster to the Church of Collon.”

Ms Moore said the auctioneers were “blameless” and did not know about the theft until they were contacted by gardaí.

The chalice disappeared when a free-standing safe was removed from church property during the 1998 burglary.

The minister who was in charge at the time made a “meticulous list” of the missing items, which more than covered an A4 page, according to Ms Moore.

The safe was recovered in the Dublin suburb of Tallaght later that year, but Ms Moore said “everything of material value” had been taken out of it.

The chalice and several solid silver communion patens were gone, but the thieves discarded a number of religious books. 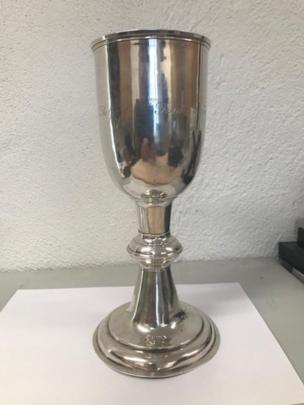 The books were later found by a group of youths, who recognised that they were “holy books” and brought them to their local Catholic priest, according to Ms Moore.

The priest realised the books were actually Protestant texts and gave them to the Church of Ireland.

They were the only items returned, until a member of the Collon community spotted the advert for the auction which was due to take place last week.

Ms Moore said the congregation will be very pleased to get the chalice back.

“We’ve been using whatever they [the burglars] didn’t take,” she said.

She explained that for the past 21 years, they have been using worn, silver-plated communion sets as they were not able to replace the older, expensive items.

Gardaí said they are continuing to investigate the 1998 burglary and want to hear from anyone who has information on where the chalice was over the past 21 years.