Student Ordinands licenced as Readers in C of I 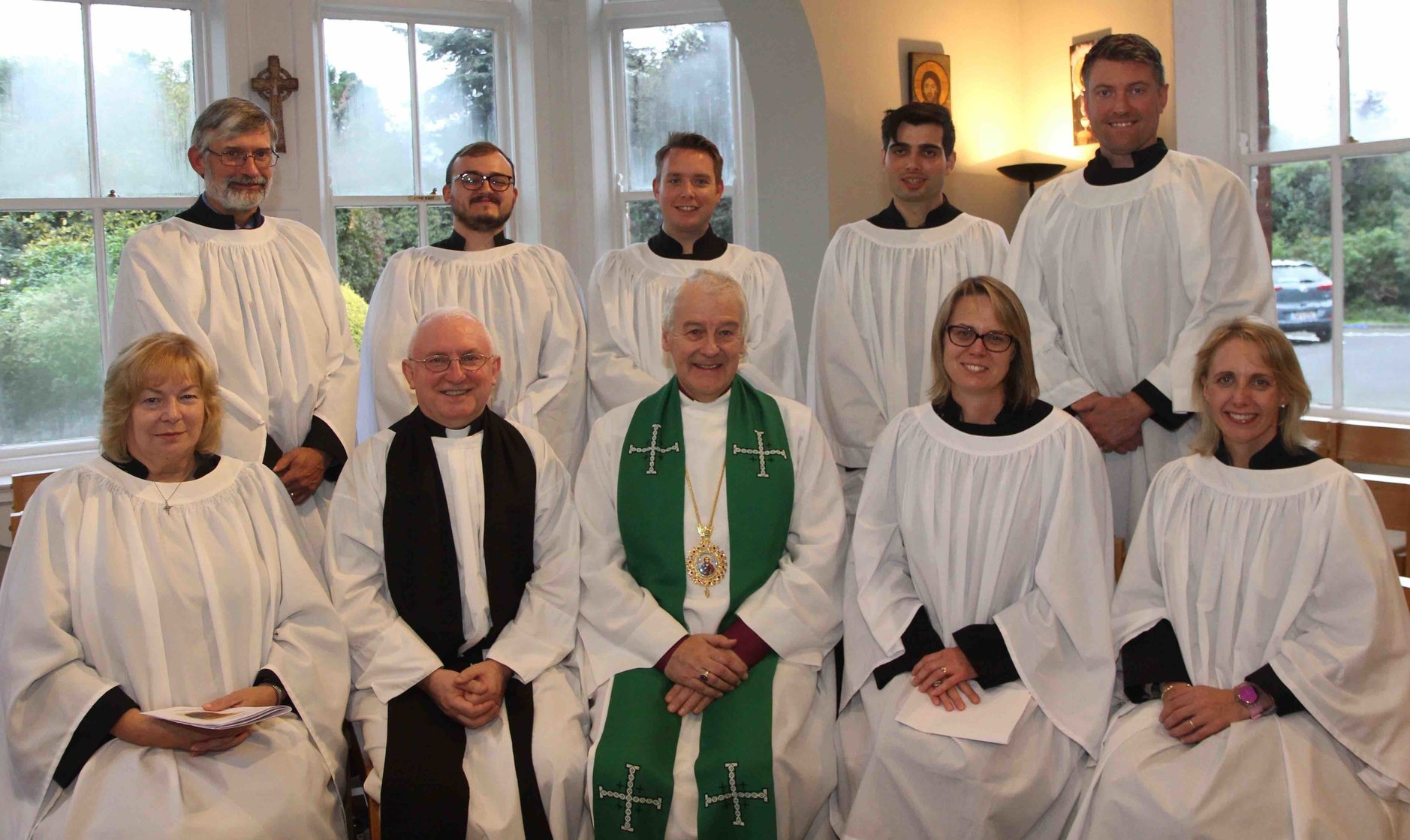 Three people from Dublin & Glendalough were among eight student ordinands who were licensed as readers by Archbishop Michael Jackson in the Church of Ireland Theological Institute on Wednesday evening ( October 2).

The students were drawn from five dioceses and the chapel of CITI was filled with family and friends for the service.

Each year new ordinands entering CITI are licensed as readers by the Archbishop. This enables them to lead worship, proclaim the word of God and assist in the distribution of the bread and wine of Holy Communion.

The sermon was preached by Archbishop Jackson. Drawing on the reading from Jeremiah 32:15 – “For thus says the Lord of hosts, the God of Israel: Houses and fields and vineyards shall again be bought in this land.” – he said the prophet offered a vision of time: hope from the future in the present, all within the providence of God.

Speaking to the ordinands he said that as they embarked on a lifetime of ordained ministry, time was of the essence. He said they would have no option but to give an account of their time to God and their neighbour. He observed that they were at a time of transition in self understanding and spiritual responsibility. He suggested that it was useful to look out for Scriptural echoes in who they are and in what they do.

He encouraged the students not to be frightened of the secular and not to blame the secular for what are internal ecclesiastical failures: “It is a well–honed maxim in The Civil Service: Be wary of imputing to conspiracy what can just as easily be explained by incompetence. Not all of the secular world is against us all of the time; and many of us enjoy living in a secular society and being its beneficiaries,” the Archbishop stated.

“I suggest that the psychological deficit runs something like this: because we once were somebody, however incredible that being somebody in fact was, we think we ought somehow to be somebody now by virtue simply of being Church of Ireland. Beware of phrases like: punching above our weight. They expose us to the sort of ridicule that comes from thinking you are entitled to be special when in fact other people don’t know what you are talking about. There is no need for a minority – which is what the Church of Ireland is in both political jurisdictions – to be abject in hope or lacking in confidence,” he stated.

The Church of Ireland has taken the theme ‘Free to shape our future’ for the commemoration of Disestablishment 150. Archbishop Jackson hoped and prayed that the spirit of Jeremiah would sweep through the year and through the church and that the ordinands would be equipped to make their contribution in this time of commemoration and hope.

You can read Archbishop Jackson’s sermon in full here –
[[] https://dublin.anglican.org/cmsfiles/files/Sermons/02.10.19.citicommissioning.1.docx ]