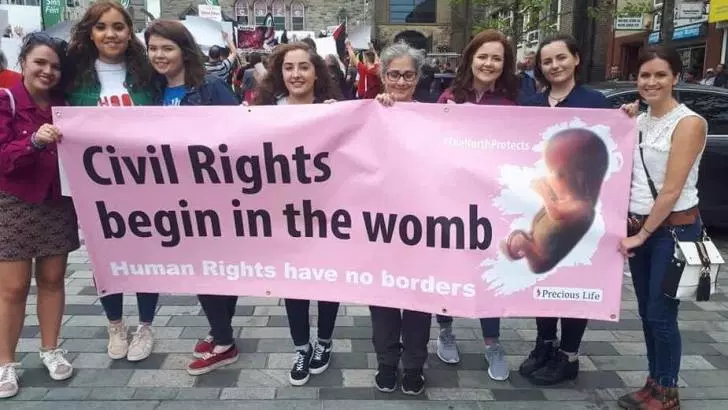 Thousands of pro-lifers from all corners of Ireland are expected to take to the streets of Belfast next month to send a clear message to London that MPs should not interfere and force abortion on the North.

Westminster has voted to force abortion up to at least seven months’ gestation on the North unless the Stormont executive is formed by October 21.

Dubbed the ‘March For Their Lives’, the September 7 event is expected to see people travel from all over Ireland to show their defence of the right to life of unborn children and many buses are already planned.

The event is organised by Precious Life and a coalition of other pro-life groups as part of Precious’s Life’s Fight-Back Campaign.

According to Bernadette Smyth, Director of Precious Life “with the atrocious and unthinkably cruel abortion threat facing Northern Ireland, we need this march to be massive”.

She said they are asking people “to take an urgent stand and join us to stop Westminster’s horrifying and evil abortion law before it’s too late”.

The event will kick-off at 2pm on Saturday September 7 at 2pm at Custom House Square.