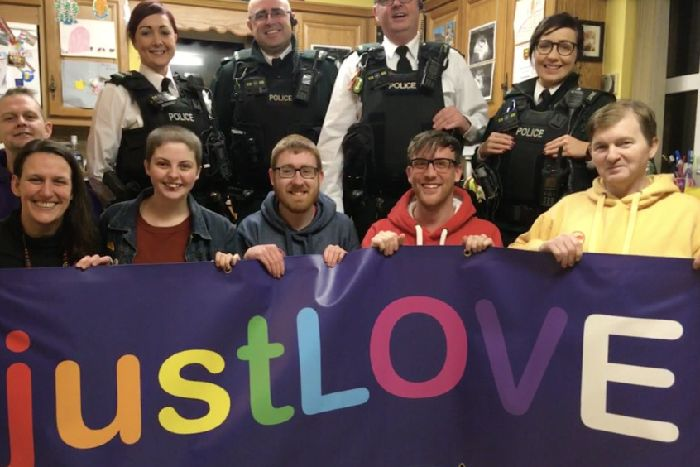 The Secretary of State for Northern Ireland, Julian Smith says legislation is being amended to underline that mere criticism of it is not an offence.

It comes after the Christian Institute expressed concern over free speech and religious liberty after the introduction of same-sex civil marriage in Northern Ireland this year.

Simon Calvert from the organisation told Premier News why it has called for action to be taken.

“When same sex marriage was introduced in England, Wales and Scotland five or six years ago, there was a great deal of focus on the importance of protections for freedom of speech and freedom of conscience. But what was striking was that when Parliament rushed through the legislation to impose same sex marriage on Northern Ireland, there was very little discussion about that. And so we were anxious that there was not very much focuses on the importance of having this,” he said.

The upcoming changes will ensure that religious bodies cannot be sued for declining to support same-sex weddings as well as protecting the rights of faith groups to dismiss staff who enter into gay marriages.

Calvert explained why these changes are necessary: “People understand that the biblical position is that marriage is between a man and a woman. If a church was forced to employ somebody who, through their choices clearly rejected that teaching that would be very repressive. So quite rightly, the law respects and protects that freedom.”

Mr Smith is in discussion with Northern Ireland equalities bodies over guidance for employers and schools to make clear that beliefs and opinions about marriage are respected.

Simon Calvert says it will be crucial for people in schools and workplaces to recognise the fact that you’re allowed to have a different opinion on the issue of same sex marriage.

“Some people would like us not to have a different opinion, but most people accept that you should be allowed to take a different view. And crucially, it’s important that there’s proper training,” he added.

The Christian Institute says it is “grateful the Secretary of State has recognised the validity of the concerns that we’ve raised.”

“He has acted to address each of the areas of concern that we’ve raised about same sex civil weddings.”