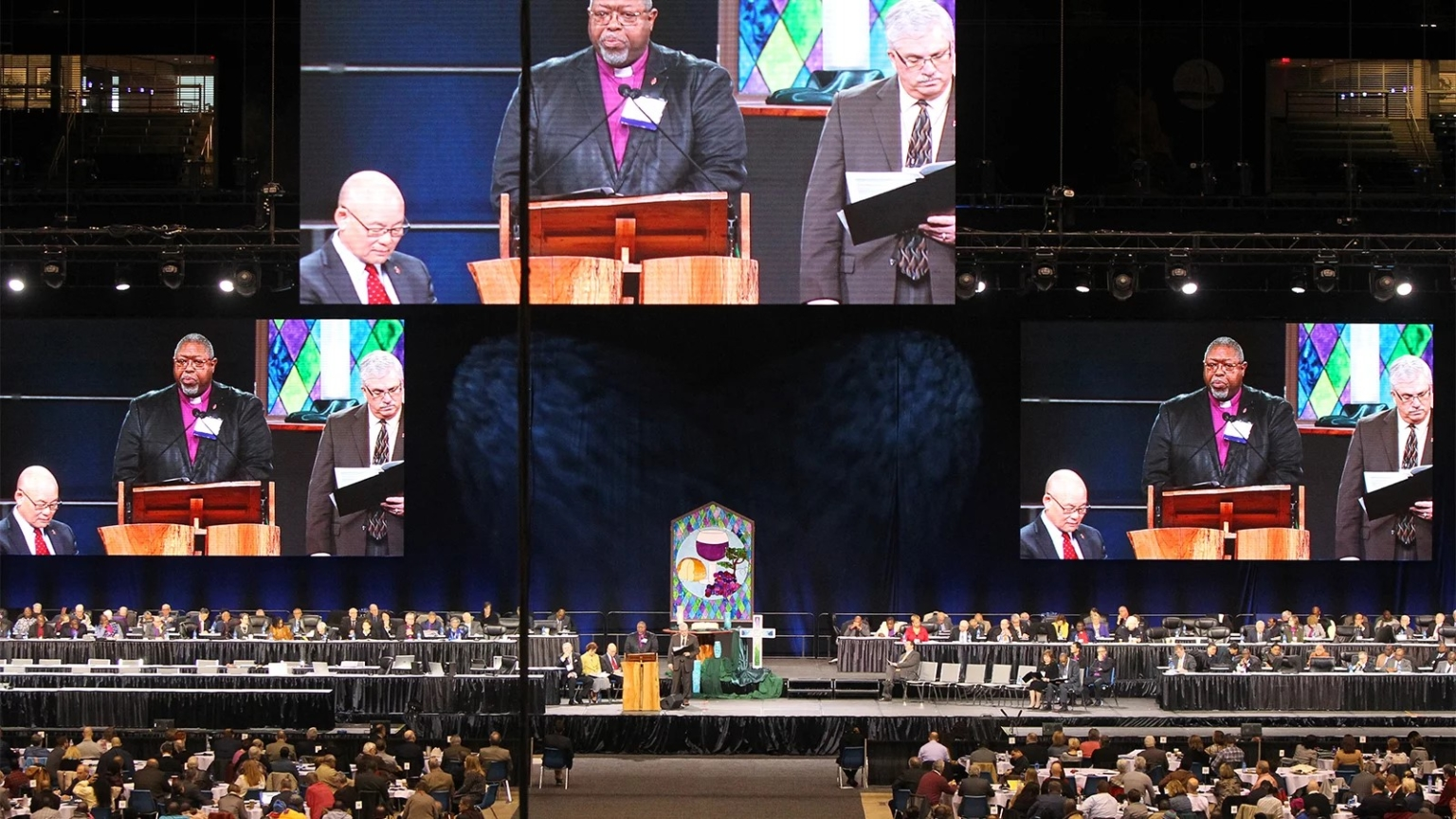 Photo above – People attend a day of prayer on Feb. 23, 2019, ahead of the special session of the United Methodist Church General Conference in St. Louis, Missouri.

The proposal, called the Protocol of Reconciliation & Grace Through Separation, would create a new conservative “traditionalist” Methodist denomination that would receive $25 million over the next four years.

“The undersigned, in recognition of the regional contexts and divergent points of view within the global United Methodist Church, propose separation as a faithful step with the possibility of continued cooperation around matters of shared interest, enabling each of us to authentically live out our faith,” the proposal reads.

Pressure to split one of the largest denominations in the United States has grown since last year’s special session of the United Methodist General Conference approved the so-called Traditional Plan strengthening the church’s bans on the ordination and marriage of LGBTQ United Methodists.

Approval of the plan has been met with resistance from progressive and moderate members of the second-largest Protestant denomination in the United States.

And several groups have proposed legislation to split the denomination for consideration at the next regular meeting of the General Conference this May in Minneapolis.

But members of the unofficial group of leaders who wrote and signed the agreement that was announced Jan. 3 say their proposal is the only one that includes representatives of all different theological viewpoints within the church, as well as clergy from across the global denomination. It also is signed by both the outgoing and incoming presidents of the United Methodist Council of Bishops.