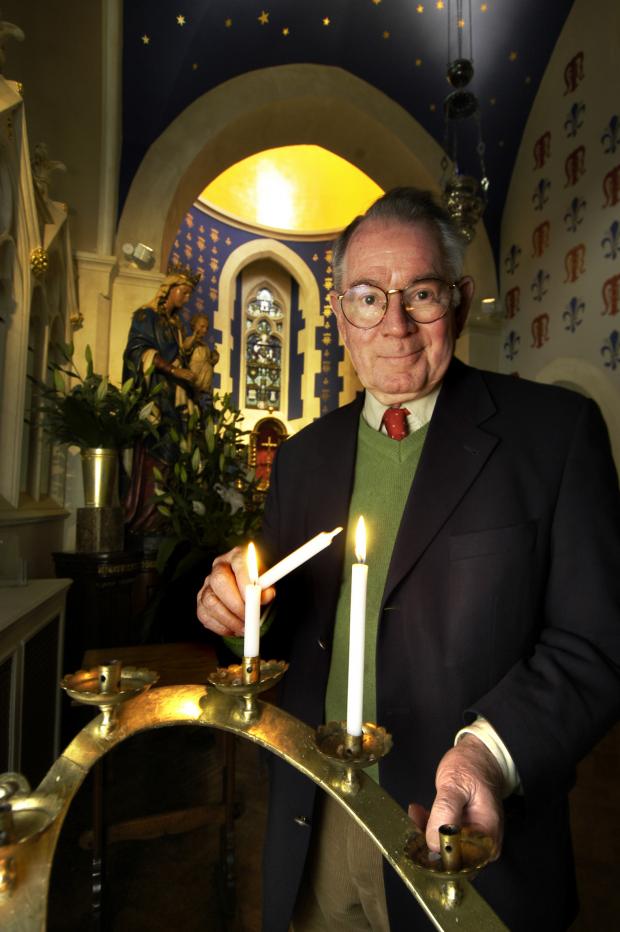 Walter Hooper, a North Carolina man who dedicated his life to preserving and promoting the writings of C. S. Lewis, died Monday at the age of 89. He was sick with COVID-19.

Hooper served briefly and informally as Lewis’s literary secretary—helping the author of The Chronicles of Narnia, Mere Christianity, and The Abolition of Man answer his mail—before Lewis’s death in 1963. Hooper, then 33, left a teaching post at the University of Kentucky to take a leading role in managing Lewis’s literary estate. He continued to promote Lewis for the rest of his life.

Hooper edited more than 30 collections of Lewis’s writing and annotated four volumes of letters, in addition to writing the first authorized biography and a number of studies and reference volumes. In the early years, he played a pivotal role in keeping Lewis in print.

“I hero-worshipped him, and still do,” Hooper said after 30 years. “I can’t think of a better way of spending my life than by making his contribution better known.”

Hooper received a lifetime achievement award in 2009 from the Marion E. Wade Center at Wheaton College, which promotes the ongoing relevance of the literature of Lewis and his circle of Christian writers. According to the Wade Center, “there is not a single reader of C.S. Lewis’s writings who is not deeply indebted to Walter Hooper.”

Hooper was born outside of Greensboro, North Carolina, in 1931, and went to study English and education at the University of North Carolina at Chapel Hill.

He first heard of Lewis at a campus ministry, where a football player who had read The Screwtape Letters recounted the narrative about the senior demon writing instructions to his nephew, a junior tempter named Wormwood. Hooper was fascinated by the story, but the university bookstore didn’t carry The Screwtape Letters or any other works by Lewis. The store did sell J. B. Phillips’s colloquial modern translation of the biblical epistles, Letters to Young Churches, which had an introduction by Lewis. The introduction, which made an argument about how God entered into the world through the Incarnation and comes to us still in everyday, prosaic language, changed Hooper’s life.

“I’d never met anybody who believed that way,” he said. “I was determined to have more words by this man.”

Hooper was drafted into the army in 1953, near the end of the Korean War. He took Miracles with him, keeping it inside his shirt during basic training so he could read it during cigarette breaks.

Ten years later, as a young academic working on a book about Lewis, he went to meet the man in Oxford. They had tea at Lewis’s home, then beer with the Inklings at a local pub. When it came time to leave, Hooper didn’t want to go.

“As he and I walked on towards the pub where I would get the bus back, I didn’t know whether I’d ever see him again,” Hooper later recalled. “But I thought, I really love this man.”

He extended his stay to help Lewis answer his mail and then agreed to return officially when he was done with his teaching appointment in Kentucky. Lewis spoke of him to his friends as “my new secretary” and commented, “He’s almost too anxious to please, but no fool. No, no fool.”

That November, Lewis died, and Hooper was asked to return and help with the literary estate. When he saw a British bookshop clearing out its stock of Lewis’s titles, he decided he needed to fight to keep the works in print and promote Lewis’s legacy.

A few of his efforts were controversial. Hooper published an incomplete science fiction manuscript in 1977, titled The Dark Tower. He was accused of writing it himself and attempting to pass it off as authentic Lewis. According to one critic, the unfinished fiction was “a blemish” on Lewis’s reputation and did not match his other work in “style, content, and sexual orientation.” Hooper was also accused of inventing a backstory about saving manuscripts from a bonfire when Lewis’s brother and gardener decided to clean house, in order to perpetrate his alleged literary hoax.

Hooper never responded to the charges, but Lewis’s stepson Douglas Gresham came to Hooper’s defense, and a former student, Alistair Fowler, reported talking with Lewis about aborted fantasy fiction projects, including the story that became The Dark Tower, years before Hooper was involved with the estate.

The Dark Tower, along with other, lesser-known collections of Lewis’ work that were edited by Hooper, including The World’s Last Night, Present Concerns, and Selected Literary Essays, remain in print today.

Hooper may have made his most notable break from Lewis in 1988, when he left his mentor’s Anglican Church and converted to Roman Catholicism. Hooper said he thought Lewis might have done the same, though, if he had lived into the 1980s. The Church of England was “unravelling,” Hooper said. “Anglicanism seemed a mess, in which its members said conflicting things about abortion and many other things.”

In 1997, Hooper finished his largest single contribution to Lewis studies with the 940-page volume, C. S. Lewis: A Companion and Guide. According to a review in 1997, the book was “a whole reference shelf” between two covers.

“Hooper’s knowledge of Lewis’s writings (both published and unpublished) is unsurpassed, and he has chased down a thousand details to fill in the gaps left by the texts,” the review said. “This readable volume seems to reflect a lifetime of meditating on everything written by Lewis and about him, of talking to those who knew Lewis, and of ruminating upon his own conversations with Lewis during their brief acquaintance.”

When Hooper was once asked by a schoolchild what it felt like to dedicate his whole life to another man’s work, he said, “It feels wonderful. I wish I could do it all again.”