What Francis said and didn’t say 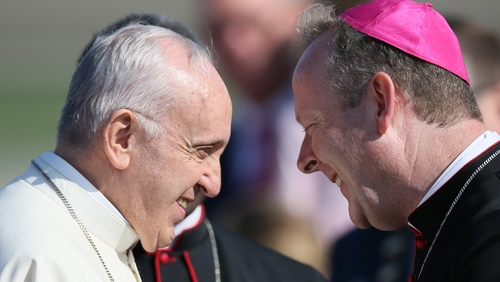 While Pope Francis’ exhortation was expected to pronounce on the ordination of married men as priests in the Amazon region, “Querida Amazonia” instead emphasized the importance of collaboration in apostolic ministry by Catholics in various states of life.

Pope Francis, in this major new document, rejects proposals for married priests and women deacons in the Amazon. He calls for holiness, not married priests.

The head of the Catholic Church in Ireland, Archbishop Eamon Martin, has welcomed Pope Francis’ decision not to allow married men in the Amazon to be ordained as priests..

“It would be wonderful if some Irish priests, religious and lay missionaries were to consider offering even a five year period of ministry to the Amazon” – Archbishop Eamon Martin

Archbishop Eamon Martin stated –
“I warmly welcome the Apostolic Exhortation of Pope Francis Querida Amazonia (Beloved Amazonia), which the Holy Father Pope Francis published today, on the challenges facing the Amazon region and lessons for the Church worldwide. The document reflects the four key dimensions – cultural, ecological, social and pastoral – which were discussed at the Amazonian Synod in Rome last October, and it highlights how these are inextricably linked.

“Although Querida Amazonia aims to strengthen solidarity with our brothers and sisters in that beautiful and vital part of our world, it is not just a document of interest to the peoples of the Amazon. It is also a call to action for all in our Church and in our world. It therefore picks up the concerns expressed all around the world, especially our by our young people, that we must work together to respect creation and life, to promote the dignity of the human person, and to protect those who are most affected by environmental destruction. As the Holy Father states: “The equilibrium of our planet also depends on the health of the Amazon region.” (QA para.48)

“The document addresses once again those areas of urgent concern which Pope Francis reflected on in his Encyclical Laudato Sí five years ago. As then, the Holy Father today presents a clear-sighted analysis of the grave threats to the peoples and ecosystems of the Amazon, and by extension to the earth, our common home. He highlights the problems of poverty, economic and social injustice and the violation of human rights which are intertwined in the vicious cycle of ecological and human degradation. 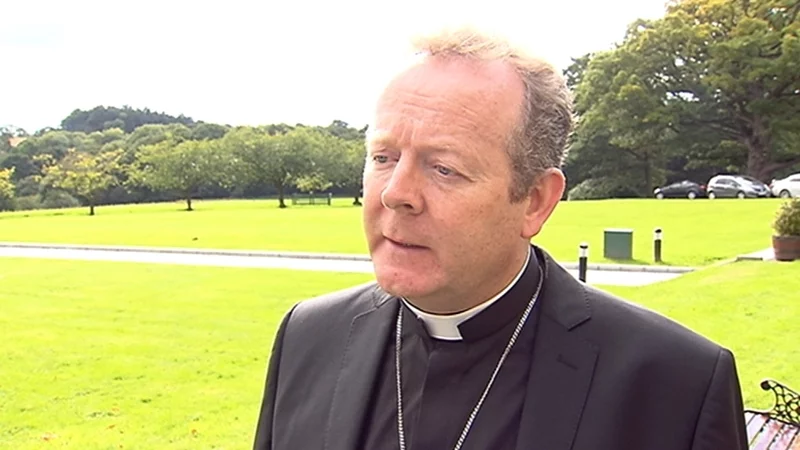 “Pope Francis also calls for the full involvement of lay people, especially women, in the life of the Church, and he challenges the Church around the world to send missionaries to help sustain the spread of the Gospel in the Amazon and other remote areas. Despite the challenges we have here in Ireland with finding enough priests and religious to serve our parishes, we should not forget that Ireland has always been a country which has responded to the Church’s call to mission. I recently visited mission and development projects in Ecuador, Peru and Nicaragua and was humbled to see the immense contribution that Irish missionaries, religious and Trócaire workers are making there. It would be wonderful if some Irish priests, religious and lay missionaries today were to consider offering even a five year period of ministry to the Amazon. In calling us to hear the cry of the earth, and the cry of the Amazon, Pope Francis opens our ears especially to the cry of the poor and the exploited in our world, and in particular their cry for justice and hope that is found in the Good News of Jesus Christ.

“Pope Francis, as always, is anxious that the people of the world are not “robbed of hope”. In calling for an ecological conversion, he invites us all to move from awareness to active response, and to see, especially in our young people, the signs of hope for the future and the spur to action in the present. There is much in this inspiring and at times poetic document for all of us to reflect upon. I strongly encourage all who care about creation and our future generations to read Querida Amazonia and also the final document of the Amazonian Synod. These documents can help, as Pope Francis put it, to give the Church “an Amazonian face”! They will also give heart to those who strive, in the words of Pope Francis, to “pray and work together, side by side, to defend the poor of the Amazon region, to show the sacred countenance of the Lord, and to care for his work of creation” (QA para.110).”