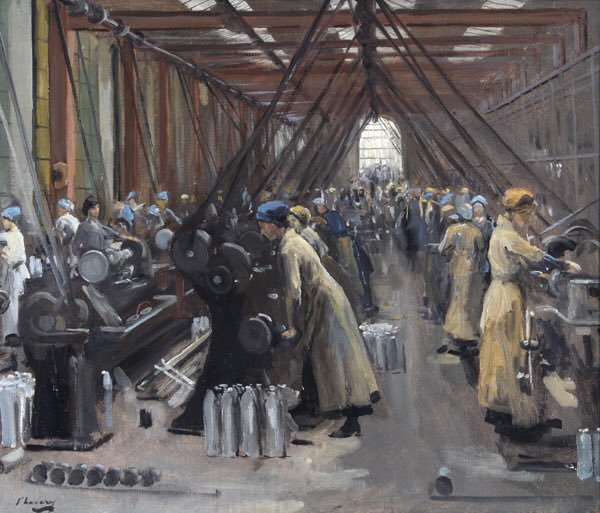 Photo – Irish Painters – John Lavery (1856-1941) Shell Making (1918). Lavery was commissioned as an official artist during the ‘Great War’ but was confined to the home front after a German air raid caused an injury in a car crash. Much like Orpen, Lavery had a complicated relationship with the British state